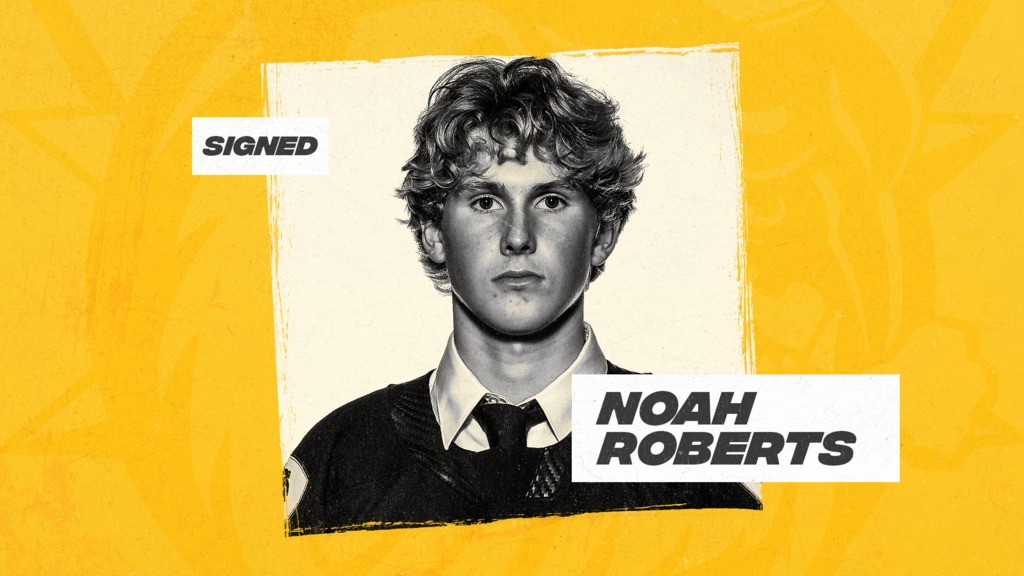 Roberts, originally from Boca Raton, FL, was selected by the Bulldogs in the 3rd round, 53rd overall, in the 2021 OHL Priority Selection Draft. The son of 21-year NHL veteran and 1989 Stanley Cup Champion Gary Roberts, Noah suited up for the York Simcoe Express alongside Bulldogs teammate Cole Brown in the 2019-20 season recording 4 goals & 20 assists for 24 points and 112 penalty minutes in 37 games, adding another 4 games with St. Andrews College. The 6’1’’, 185lbs rearguard adds an advanced skillset to the Bulldogs blueline mix blending his tremendous skating ability & puck-handling with a physical edge that makes matching up against him in defensive zone miserable.

“We are extremely proud to have Noah Roberts join our Hamilton Bulldogs.” said Bulldogs President & General Manager Steve Staios. “Noah’s combination of skill & character makes him exactly who we envision a Bulldog should be and we are looking forward to watching him develop with us in Hamilton”.

With the signing of Noah Roberts the Bulldogs have now signed each of the team’s first 6 selections in the 2021 OHL Priority Selection Draft.