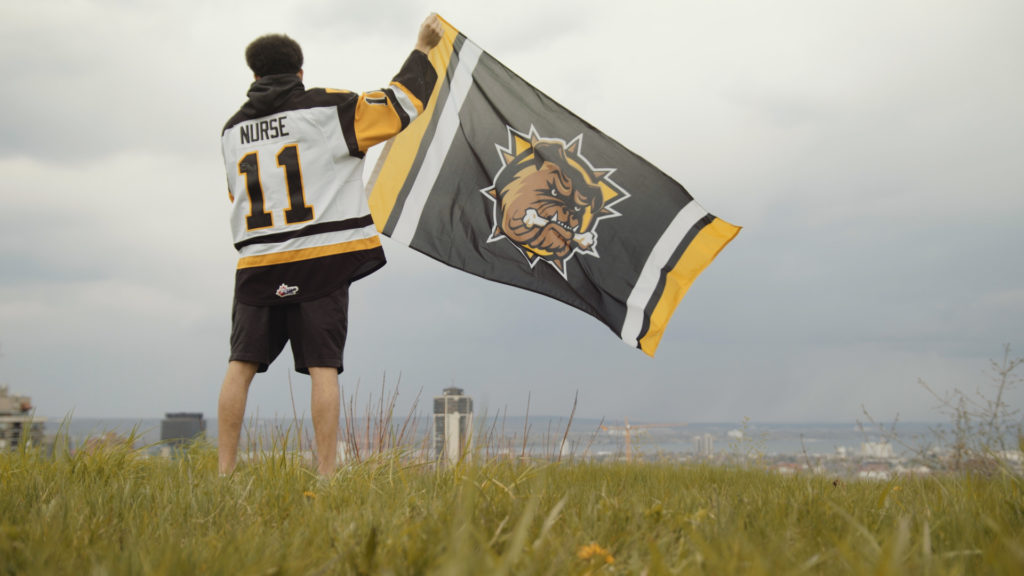 September 19th, 2019 is a day that will live in Bulldogs history as Hamilton’s own Isaac Nurse has been chosen to follow in the line of Justin Lemcke, MacKenzie Entwistle and Matt Strome becoming the 4th captain in the history of the Hamilton Bulldogs.

Recommended and eventually selected by a chorus of current & former teammates, including the former captains, named officially by President & General Manager Steve Staios and endorsed by management as well as head coach Vince Laise and his staff, Isaac Nurse is a unanimous choice to lead the 2019-20 Hamilton Bulldogs.

Originally an 11th round pick, 208th overall in the 2015 OHL Priority Selection Draft out of the Hamilton Huskies program, Isaac Nurse would write one of the greatest stories in OHL history to make his way to this point.

With the 208th overall pick in the #OHLDraft, the Bulldogs select Hamilton native RW Issac Nurse from the Hamilton Huskies.

Nurse would head to the Brantford Jr. B 99ers of the GOJHL for his first season in junior hockey and as a 16-year old showed tremendous potential scoring 15 goals & 16 assists for 31 points across 49 games, adding another 3 points in 5 playoff contests showing he was ready to take a shot at the Bulldogs roster.

His opportunity would come in the 2016-17 season, Nurse arrived in camp with confidence off an impressive showing in the GOJHL and impressed head coach John Gruden and the entire organization enough to earn his roster spot. Nurse would play in 54 games that season, mainly seeing limited ice time but recorded 2 goals and 6 assists for 8 points while appearing in 2 of Hamilton’s post season contests. However the building blocks were there, you could see something special in the hardworking winger, his prowess on the PK, tenacious forechecking & incredible straight line speed had onlookers ready for his breakout.

The 2017-18 season would become Isaac Nurse’s breakout, teamed at different times through the season and the playoffs with the like of Robert Thomas, Brandon Saigeon, Arthur Kaliyev and eventually forming a foundation line for the Bulldogs with Matt Strome & MacKenzie Entwistle that proved dominating in the playoffs, Nurse’s 3-zone game made him a favourite of coaches and fans alike. 17 goals & 13 assists for 30 points across 68 games would go to show the growth in Nurse’s game before recording 7 goals & 4 assists for 11 points in 21 playoff games on route to the 2018 OHL Championship. Nurse would have an incredible moment in front of his hometown crowd when he ended Game 1 of the Eastern Semi-Finals in OT against the Niagara Ice Dogs, a moment that has become iconic in the organization.

The 2018-19 season would be trying for the Hamilton Bulldogs, after loosing more then half of the team’s Championship roster the team would need to rally. Nurse would become a large part of that rallying cry, as his 16 goals & 12 assists for 28 points would help the Bulldogs accomplish what no other league Champion the year before had done, make the playoffs. It was Nurse’s poise, leadership and calm under the pressure of the season that made him a clear choice to be a future captain.

That moment has arrived! The 2019-20 season will open on Friday September 20th in Sarnia with CAPTAIN Isaac Nurse leading the Hamilton Bulldogs into action. Everyone in the Hamilton Bulldogs organization is incredibly proud of Isaac and look forward to the successes his captaincy will bring in his final OHL season.