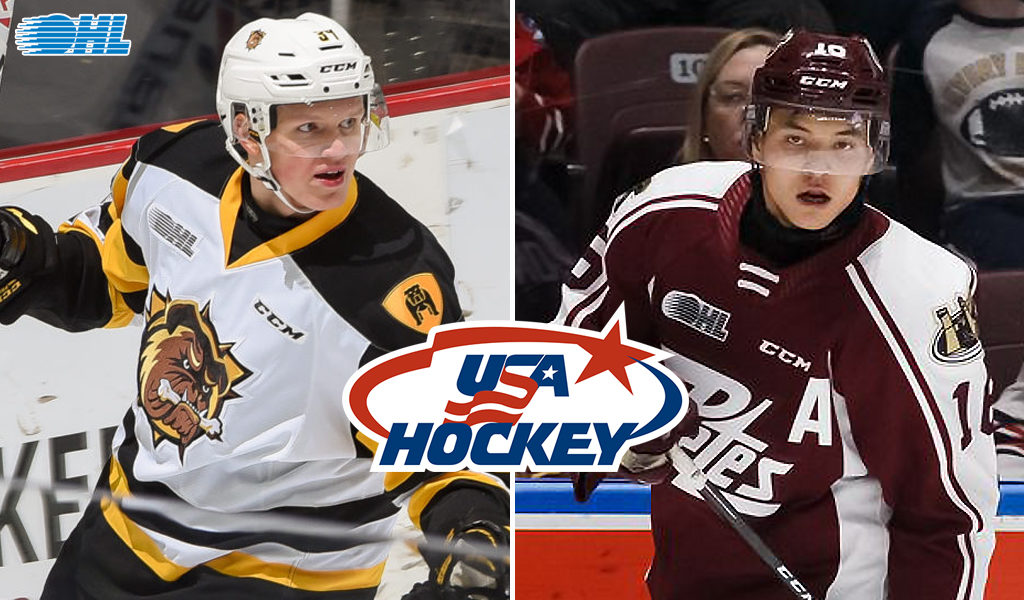 A pair of 2019-20 OHL First Team All-Stars have been named to the U.S. National Junior Team preliminary roster.

USA Hockey unveiled its 29-man preliminary roster on Monday ahead of camp opening at USA Hockey Arena in Plymouth, Mich. on December 6. A total of 25 players will be selected to represent the United States at the 2021 IIHF World Junior Hockey Championship in Edmonton, Alta. from December 25 to January 5.

A 19-year-old from Staten Island, NY, Kaliyev registered 44 goals, 54 assists and 98 points over 57 games in his third OHL season. The 6-foot-2, 190Ib. right-winger is the leading scorer in Hamilton Bulldogs club history, racking up 248 points (126-122–248) over 192 regular season games. Kaliyev, who helped the Bulldogs win an OHL championship in 2018, was a second round pick of the Los Angeles Kings in the 2019 NHL Draft. He recorded six points (4-2–6) in five games for the Americans at least year’s World Juniors.

Coached by Nate Leaman (Providence College), the Americans embark on the 2021 World Juniors seeking their fifth medal in six years. They kick-off their tournament schedule against Russia on December 25th.