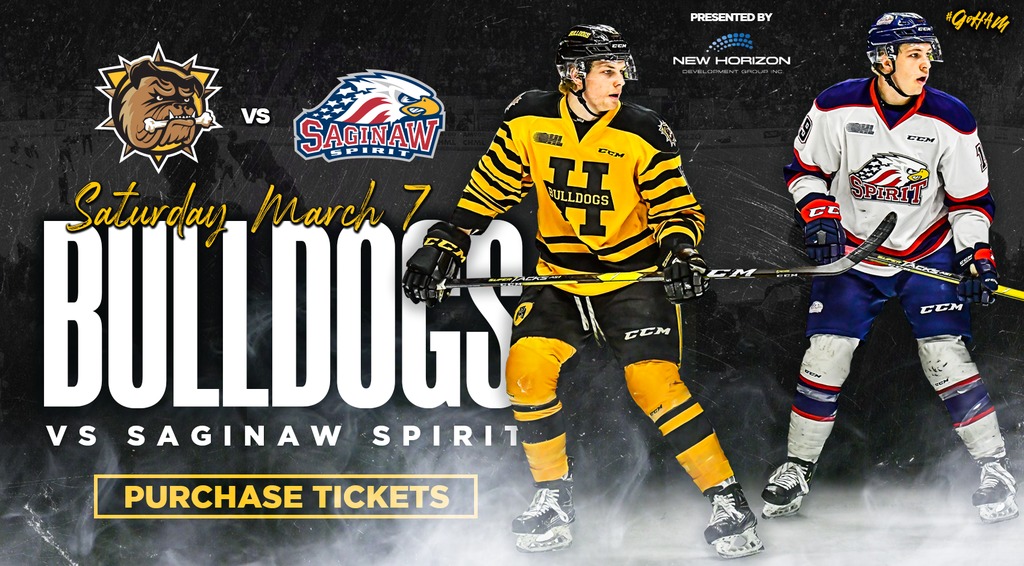 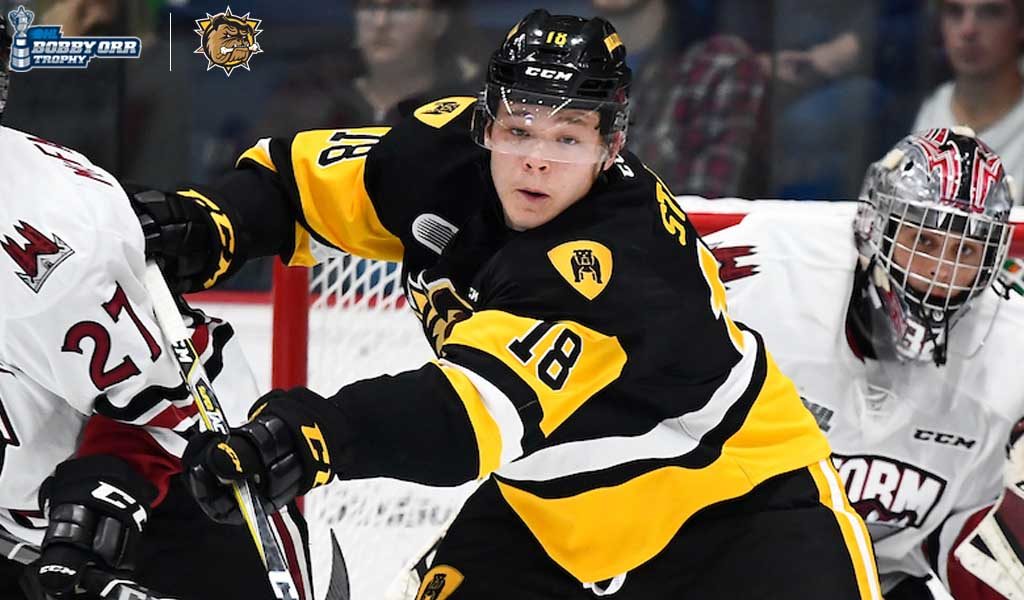 He was the first ever draft pick of the Hamilton Bulldogs. Three years later franchise cornerstone Matthew Strome has played an active role in bringing the franchise within one win of an Eastern Conference title.

He experienced the thrill of watching his brothers in the OHL Playoffs and now it’s his turn.

“Watching them, especially Ryan when I was really young, it just showed me what it takes to compete and battle in the playoffs,” he said. “Ryan won an Eastern Conference title and I got to see Dylan win a championship last spring. Now it’s my turn and I want to outdo both of them,” he said with a laugh.

This isn’t his first brush with high stakes hockey. Strome scored the overtime winner of the 2015 OHL Cup Showcase to crown the Toronto Marlboros as champions. The Bulldogs proceeded to select him with the eighth overall pick of the 2015 OHL Priority  Selection that spring.

“We’ve come a long way here,” he noted. “My first year we didn’t even make the playoffs but bit-by-bit we have improved and worked hard to get better and to be at this point is very exciting for everyone.”

Improving upon his 2016-17 total of 34 goals with 37 this season, Strome took a step forward after being selected by the Philadelphia Flyers in the fourth round of the NHL Draft last summer. He speaks highly of his time in Hamilton, citing the organization’s commitment to community involvement.

“Hamilton is a real sports town and it’s a lot of fun to be able to wear the black and gold just like the Tiger-Cats,” he said. “We’ve always got kids on the bench during warm-ups, making them smile and we’ve really had great support in the playoffs. Everyone is behind us and we want to bring a championship to Hamilton.”

Strome credits the guidance of head coach John Gruden for part of the club’s success as East Division champions this season, noting his approachable nature and willingness to work with players.

“I think he’s a real player’s coach with a lot of great ideas,” Strome said. “He always says the door is open if you ever need to talk to him about anything, so I think there’s a good communication line between the players and him so that has worked out well for us.”

Strome’s OHL career has included three international tours of duty as he represented Team Canada Black at the 2015 World Under-17 Hockey Challenge, suited up for Canada at the 2016 IIHF World Under-18 Hockey Championship as well as the 2016 Ivan Hlinka Memorial Tournament. He also competed in the 2017 Sherwin-Williams CHL/NHL Top Prospects Game in Quebec City.

One of five original Bulldogs draft picks from 2015 alongside teammates MacKenzie Entwistle, Zachary Jackson, Isaac Nurse and goaltender Nick Donofrio, Strome and his teammates hold a 3-0 series lead and look to secure an Eastern Conference championship tonight in Kingston when the puck drops on Game 4 at 7:00pm.

A series victory would give the Strome family a total of four conference titles. 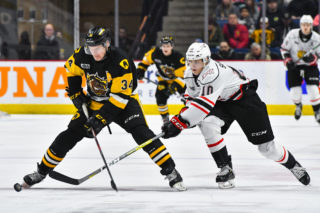