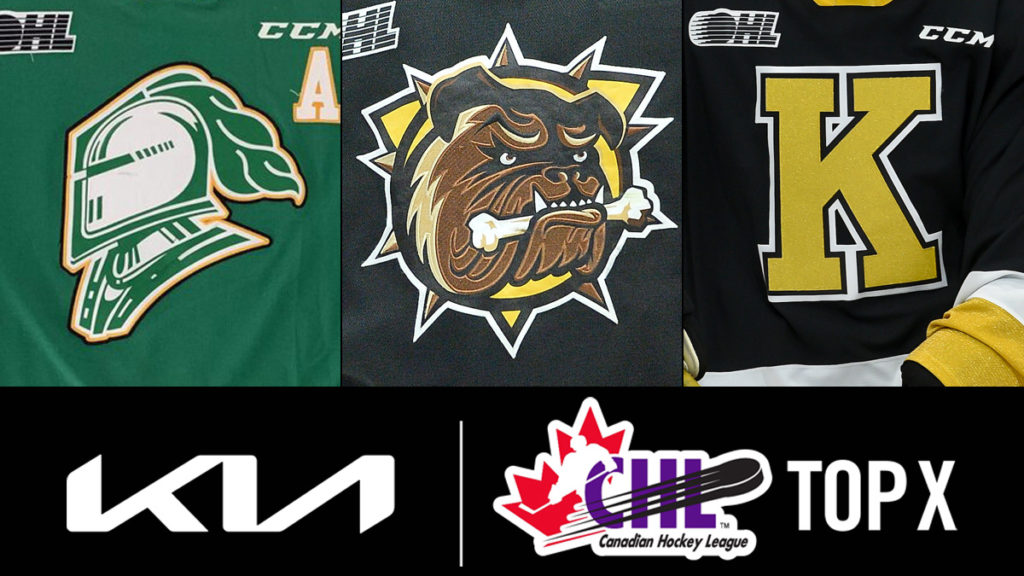 Toronto, Ont. – The Canadian Hockey League announced today the Week 3 edition of the Kia CHL Top-10 Rankings for the 2021-22 season.

The London Knights continue to climb, coming in at fifth following another perfect week of hockey as they went 3-0 with a pair of victories over the Windsor Spitfires along with one over the Sarnia Sting. Led by OHL Goaltender of the Week Brett Brochu, the Knights also got a big performance from rookie winger Colton Smith who scored his first two career OHL goals on Friday before following-up Saturday in Sarnia with his first hat trick. Nashville Predators prospect and captain Luke Evangelista leads the club with eight points (4-4–8) through five contests while Smith and 19-year-old forward Sean McGurn each have seven to their credit.

The Hamilton Bulldogs make their first appearance of the season on the weekly rankings, coming in at seventh with a perfect 4-0 record. The ‘Dogs scored consecutive 4-0 shutout victories over the Niagara IceDogs in a home-and-home set last weekend. Marco Costantini turned aside all 36 shots he faced on Friday for his first career shutout before rookie Tristan Malboeuf logged a perfect League debut on the road, making 27 saves for the shutout win. The Bulldogs, under new head coach Jay McKee, have been led offensively by 19-year-old forward Logan Morrison who has paced them with eight points (2-6–8) over four games.

The Kingston Frontenacs held steady at ninth on the list, defeating the Sudbury Wolves 5-4 at home on Friday before a 3-1 road win over the Peterborough Petes on Saturday. The 3-2-0-0 Frontenacs have benefitted from the addition of overage forward Lucas Edmonds this year as the first-year talent who previously played in Sweden has nine points (3-6–9) through his first five contests. Top 2022 NHL Draft prospect Shane Wright has six points (2-4–6) through his first five games of the season. The Fronts try and continue their forward momentum on Friday when they play host to the Peterborough Petes.

The undefeated Kitchener Rangers are in the honourable mention category this week after defeating the Guelph Storm 4-2 on Tuesday to improve to 4-0. The Blueshirts have spread the scoring around early in the season, with Mike Petizian, Francesco Pinelli, Reid Valade and defenceman Roman Schmidt all with three goals to their credit. The Rangers will try and crack the top-10 with a strong showing against the Windsor Spitfires on Friday before they pay a visit to the nearby Storm on Sunday afternoon. 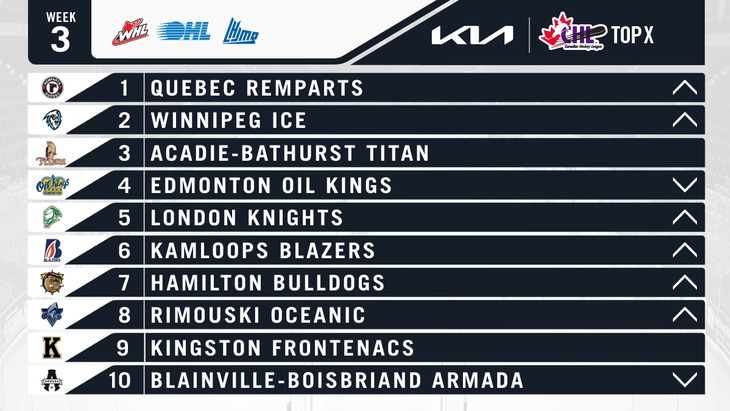 For further analysis on the Week 3 edition of the Kia CHL Top 10 Rankings, visit CHL.ca.

OHL Academic Players of the Month for November
19 hours ago