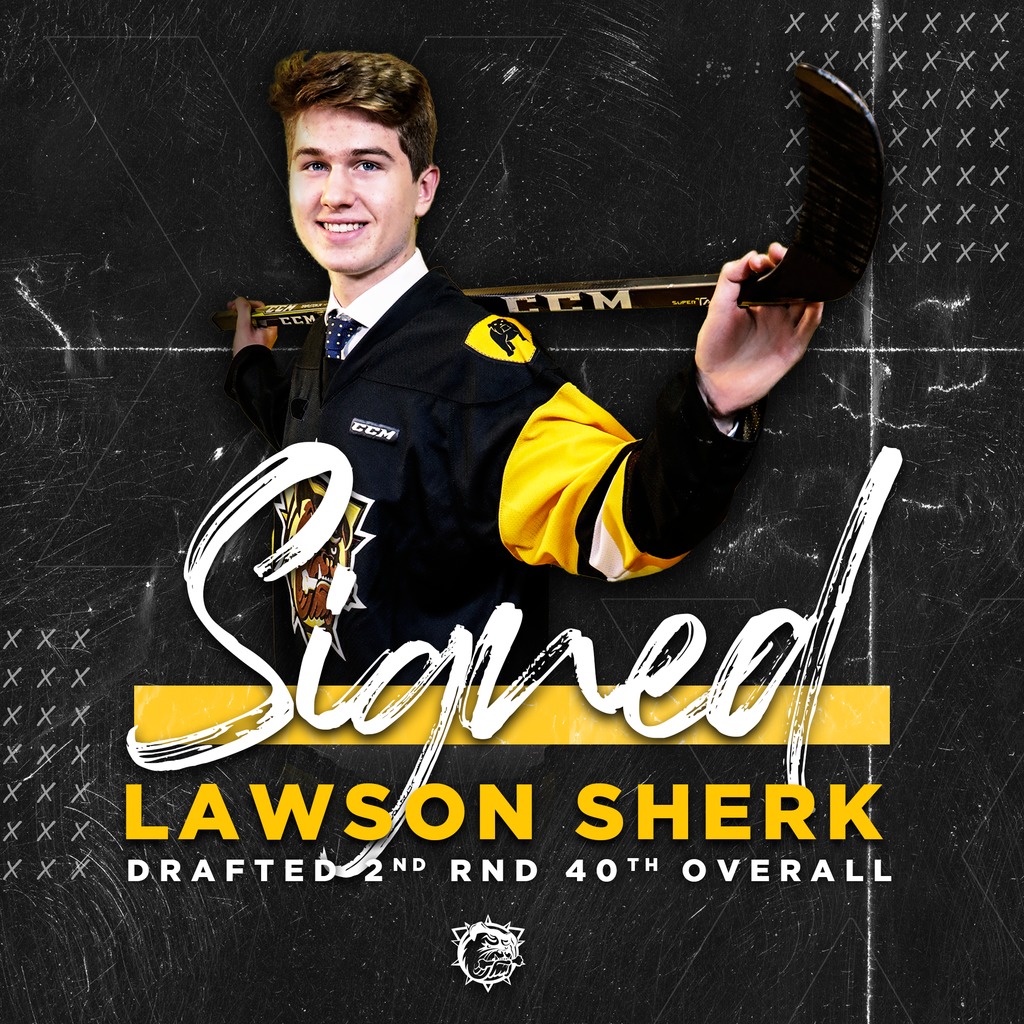 President and General Manager Steve Staios announced today that the Bulldogs have received a commitment from their 2nd second round pick (40th overall) from the 2019 Ontario Hockey League Priority Selection.

“We would like to welcome Lawson to the Hamilton Bulldogs family,” said Staios. “Lawson has a great combination of skill, skating and strength and also provides the character and leadership that we value here in Hamilton. He plays a very responsible game for a young player. We look forward to watching Lawson develop and grow alongside our talented young core of players”. 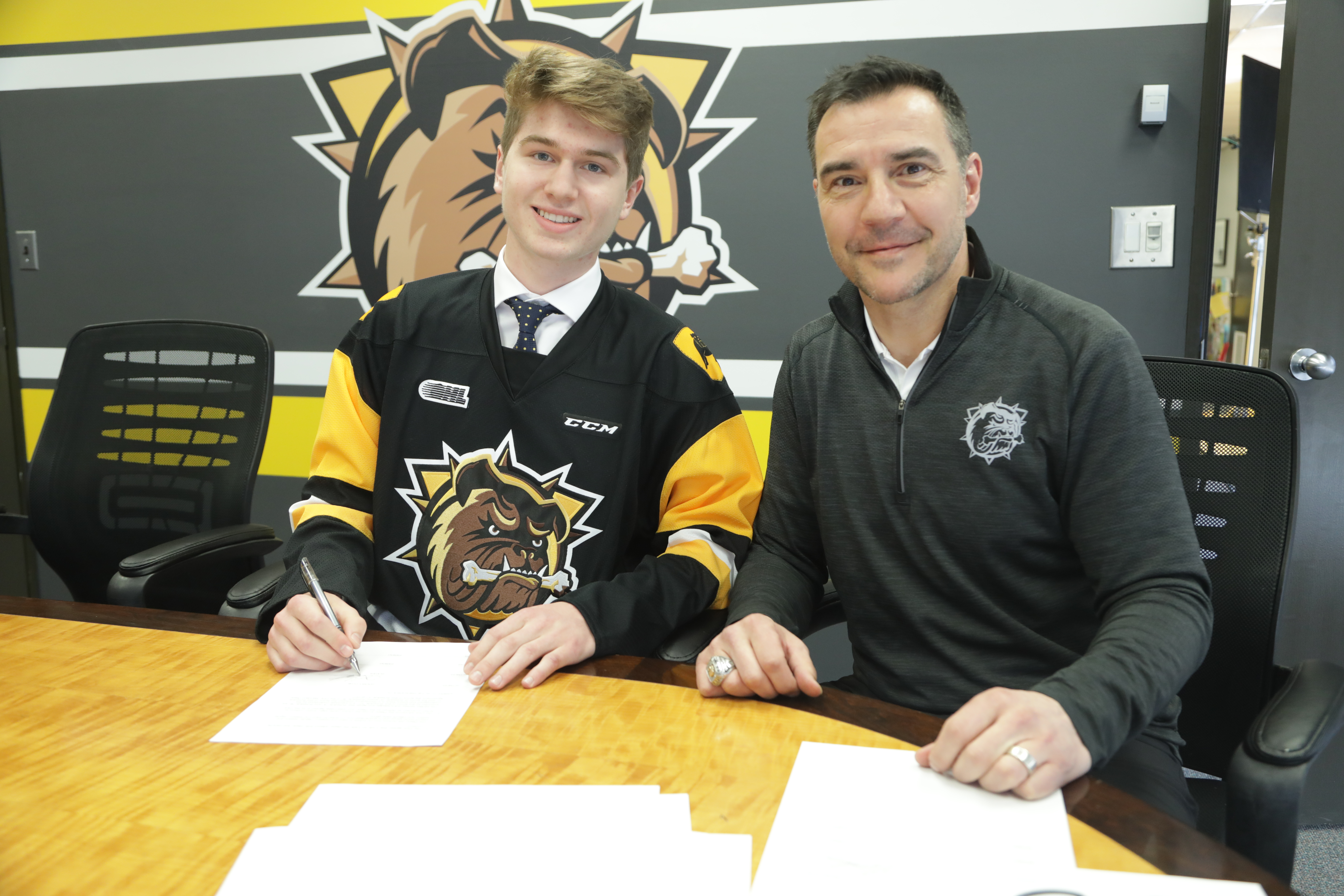 Sherk, a 6-ft-175 lb centre, was the captain last season for the Halton Hills Hurricanes Minor Midgets where he scored 16 goals and added 35 assists for 51 points in 32 games and was named the OMHA South-Central Player of the Year.

Sherk will be representing Team OMHA White at the upcoming OHL Cup May 2-5 in Kitchener.