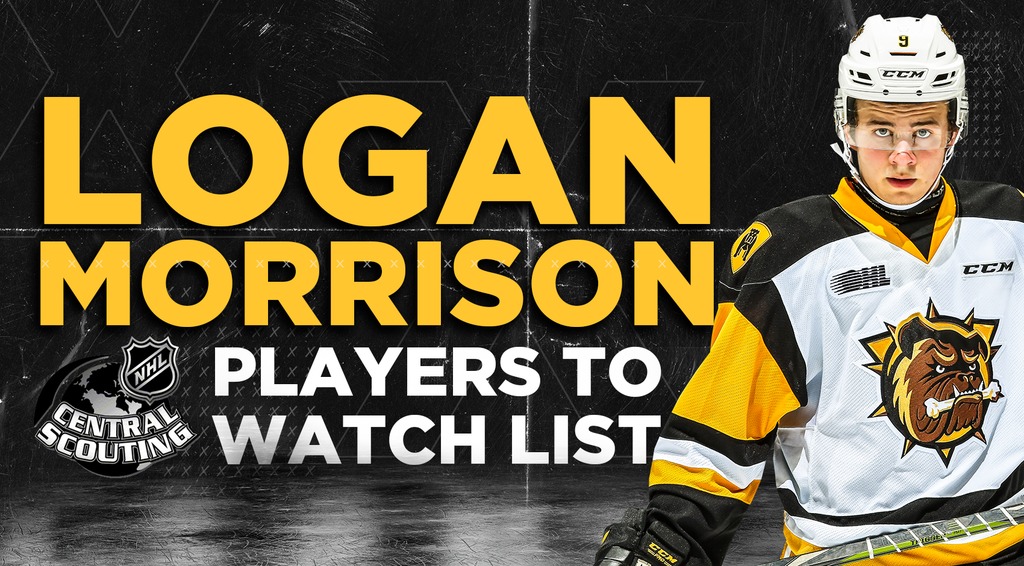 The National Hockey League’s Central Scouting Bureau has released their preliminary list of players to watch for the 2020 NHL Entry Draft. Playing himself to a spot on that list is the Hamilton Bulldogs’ own centerman Logan Morrison.

The 17-year old Guelph, ON product put himself firmly on the hockey map during the 2016-17 season when he played up a year with the Guelph Gryphons Minor Midget AAA program and lead the team in scoring for the season. Morrison would then build off that success in 2017-18 posting 32 goals & 42 assists for 74 points in just 33 games played, Morrison would cement his status as a top OHL prospect scoring 6 points in 4 games in the 2018 OHL Cup.

After being selected in the 1st round, 18th overall, in the 2018 OHL Priority Selection Draft, Morrison made his debut with the Bulldogs in the 2018-19 season. While learning the ropes in the OHL, Morrison was able to post 14 goals & 20 assists for 34 points across 47 games played, even earning a place on the Bulldogs #1 power-play helping teammate Arthur Kaliyev write records offensively for the franchise.

In this initial list for NHL’s Central Scouting, Logan Morrison is listed with a “C” grade, currently placing him for selection between the 4th & 6th rounds of the 2020 NHL Entry Draft. However, with continued success in his second season in the OHL, the Bulldogs talented middleman has the opportunity to climb his way through the ranks.

You can see Logan Morrison & the Hamilton Bulldogs in action on home ice Monday, October 14th at FirstOntario Centre when the team hosts the Barrie Colts in our TiCats Day Celebration. Follow the link to get involved in the action, https://www1.ticketmaster.ca/hamilton-bulldogs-vs-barrie-colts/event/100056D19EF519D5