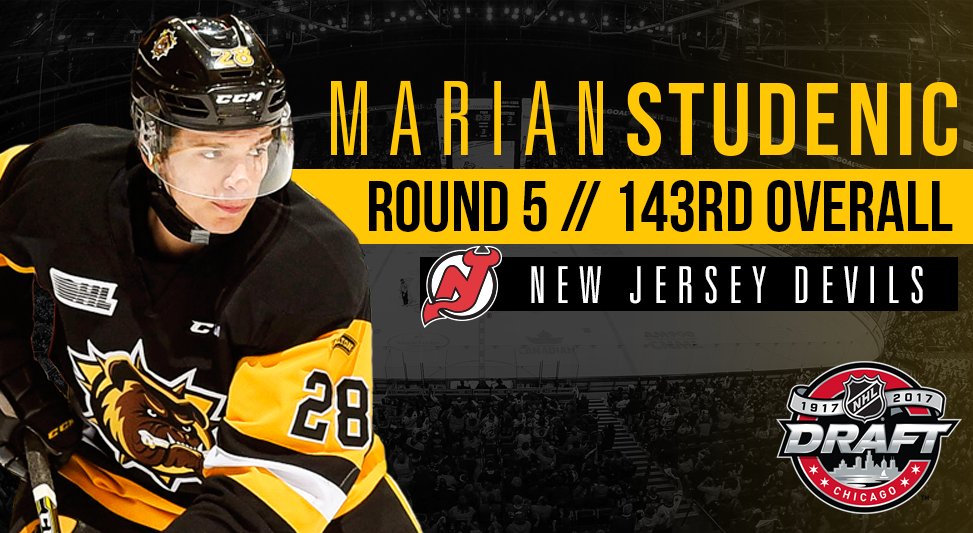 Marian Studenic was selected in the 5th Round of the 2017 NHL Entry Draft by the New Jersey Devils. Studenic had a fantastic rookie season in the OHL, putting up 18 goals and 12 assists, for a total of 30 points in 58 games. He was ranked 101st of all Draft Eligible North American Skaters by NHL Central Scouting. In addition to playing with the Bulldogs this past season, Studenic played in the U20 World Jr. Hockey Championships for his home country of Slovakia.

The Skilled Slovakian Winger was drafted by the Bulldogs in the 1st Round of the 2016 CHL Import Draft, after spending the 2015-16 Season with Skalica HK 36, notching 7 goals and 7 assists in 34 games. Studenic has competed Internationally for Slovakia on several occasions, suiting up for the U17’s, U18’s, and U20 World Jr. Hockey Championship.