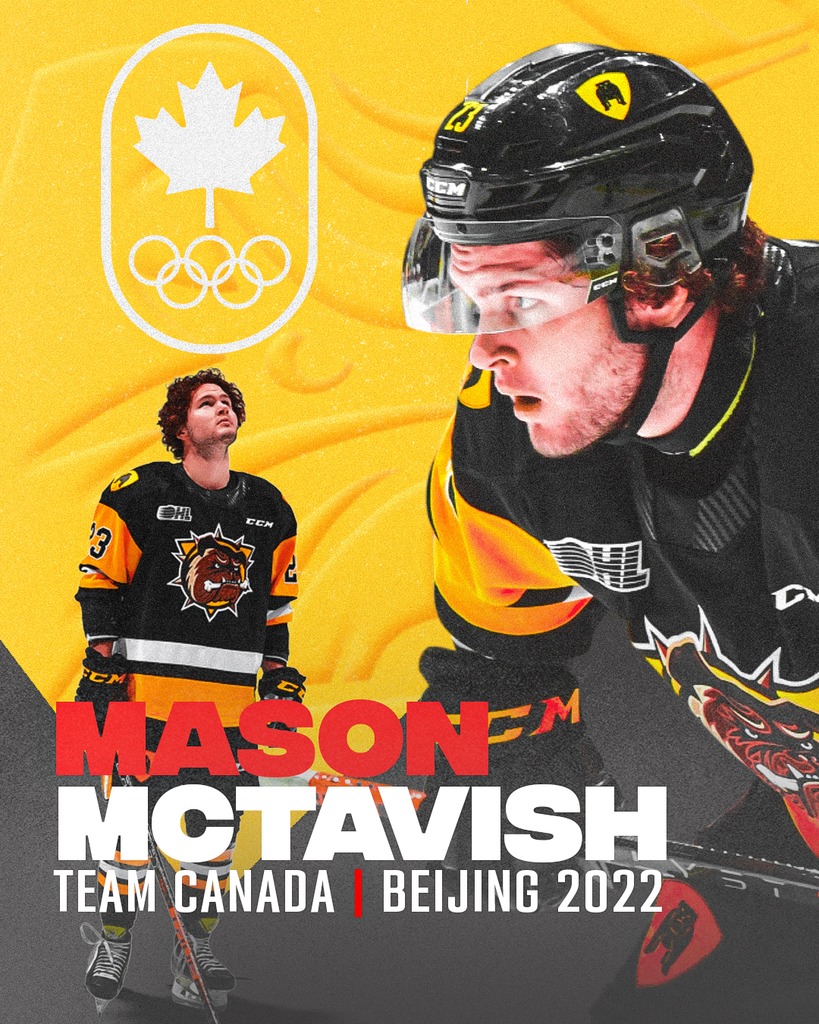 HAMILTON, ONTARIO. The honours continue in the young career for Hamilton Bulldogs centerman Mason McTavish as Hockey Canada today announced his selection to Team Canada for the 2022 Beijing Olympics.

McTavish, of Carp, ON, has already represented Canada on the international stage three times at just 18 years old beginning with the 2019 U-17 World Championships where he skated for Team Canada White as an assistant captain. After spending the second half of the 2020-21 with EHC Olten of the Swiss National League, McTavish was chosen to captain an incredible collection of talent for the 2021 U-18 World Hockey Championship. It was as captain where McTavish would become an international star, recording 5 goals & 6 assists for 11 points in 7 games leading Team Canada to a gold medal. McTavish’s third call to represent Team Canada came at the unfortunately shortened 2022 World Junior Hockey Championships, where once again he was off to a tremendous start with 3 goals & 2 assists for 5 points in just 2 games.

The McTavish family are no strangers to Team Canada either as Mason’s father Dale led Team Canada in scoring in international competition in the 1995-96 season and dawned the Maple Leaf for 5 Spengler Cups and 2 Deutschland Cups in his career.

Hamilton Bulldogs President & General Manager Steve Staios said of the Hockey Canada announcement “The Hamilton Bulldogs are incredibly proud to see Mason McTavish be selected to represent Team Canada at the 2022 Beijing Olympics and look forward to him returning to help lead the Bulldogs into the OHL playoffs as an Olympian”.