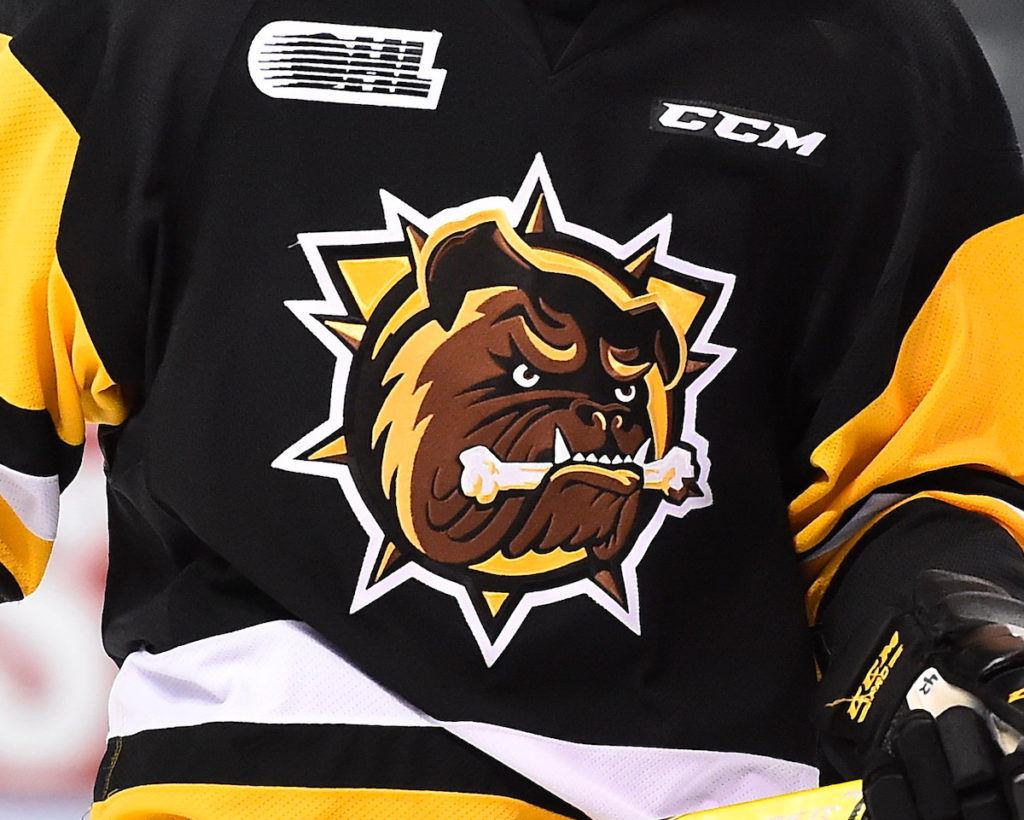 HAMILTON, ONTARIO. The Hamilton Bulldogs had Matteo Drobac get the call for his first Ontario Hockey League start but Connor McMichael and the London Knights gave a tough welcome to the league in a 7-3 victory.

The Knights would get off to a strong start thanks to a jump to a loose puck from defenceman Alec Regula would lead to a pass to Antonio Stranges who recorded his first of two on the night to give London a 1-0 lead, 3:27 into the game. From there the Knights power-play would take over the period with back to back McMichael power-play goals coming 26 seconds apart to give the visitor’s a 3-0 lead at the 7:44 mark of the first frame. The Bulldogs would fight back however with Ryan Humphrey scoring his first OHL goal off an Arthur Kaliyev break away pass as he came out of the penalty box to record the milestone. A Cole Tymkin penalty would give the Bulldogs a second power-play opportunity which would see Jan Jenik display outstanding skill in a toe drag around the fallen Avery Winslow before beating Brett Brochu to the top corner getting the Bulldogs within one.

The second period would open with Drobac making a pair of incredible saves on Stranges but Jenik’s 3rd penalty of the game would end with the Johnathan Gruden, son of former Bulldogs coach John Gruden, scoring his first of two on the night tipping a Ryan Merkley point drive for a 4-2 lead. Brett Brochu would make a tremendous stop on Arthur Kaliyev, setting the stage for Stranges to strike for his second, catching the Bulldogs in a change and scoring on a move to the backhand with 2:52 remaining in the period staking the Knights to a 5-2 lead.

Hamilton would show fight in the third with Brett Brochu being forced to shut the door on Isaac Nurse early, Avery Hayes on the power-play and Bradey Johnson shorthanded. Nurse would pull the Bulldogs within two at 10:59 of the third on a wrap around off a strong individual effort but that would be as close as the Bulldogs would get. Gruden would score his second of the game off a tic-tac-toe passing play from McMichael & Stranges before McMichael would finish off the scoring on his hat-trick goal coming shorthanded at 13:28 sending the Bulldogs to a third straight defeat.

The Hamilton Bulldogs return to action with three games next weekend, they’ll visit Mississauga on Friday at 7pm before returning home to host Oshawa on Saturday at 7pm then by Kingston on Sunday at 2pm.
For more information on Hamilton Bulldogs 2019-20 season tickets, flex packs or single game tickets call 905-529-8500 or visit hamiltonbulldogs.com