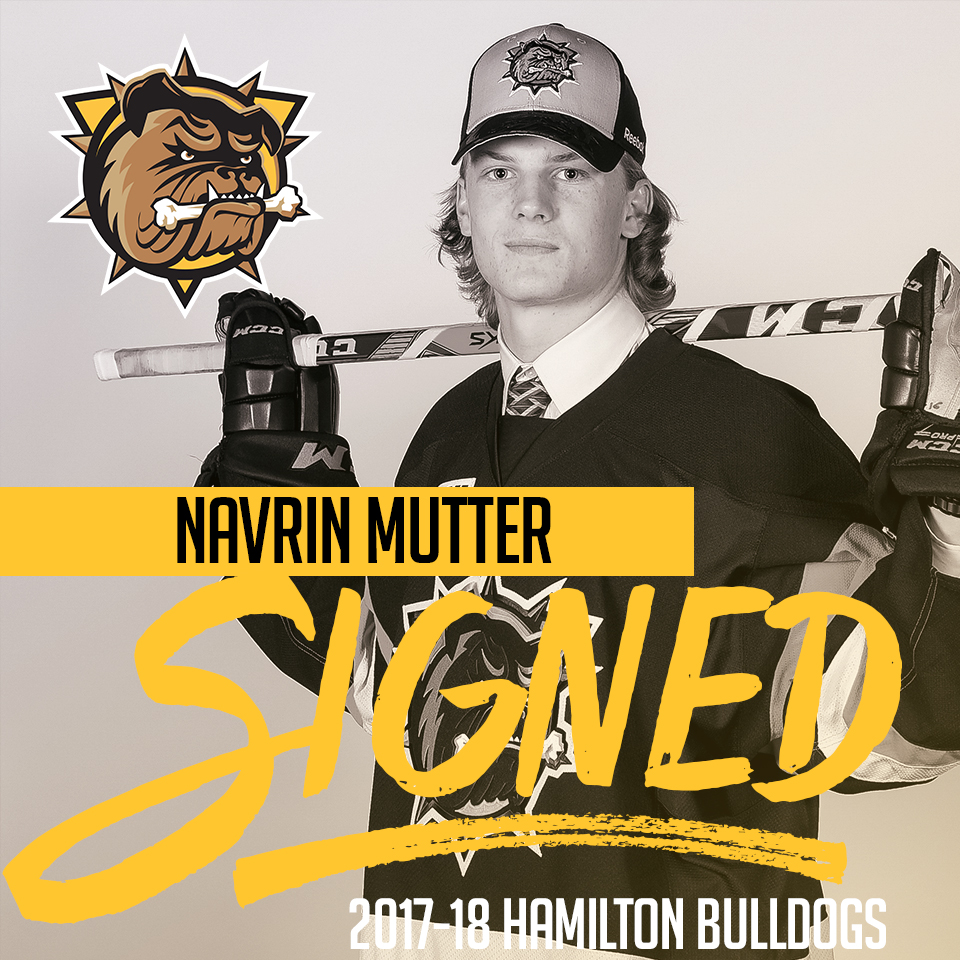 The Hamilton Bulldogs have received a commitment from 2017 fifth round (83rd overall) selection Navrin Mutter, who has agreed to an Ontario Hockey League standard player agreement with the club.

Mutter, a 6’1” and 170-pound left winger, impressed many at the Bulldogs Rookie Orientation Camp in April and went on to have a busy summer taking part in the OHL Gold Cup in May and the recent Under 17 Development Camp in late July. 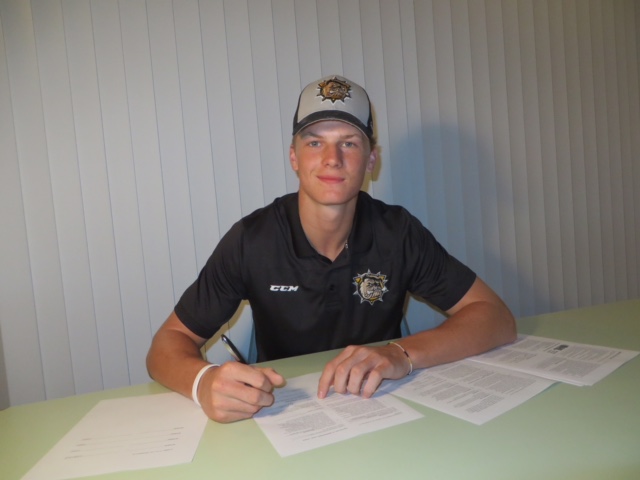 “We are thrilled to have received a commitment from Navrin” says Bulldogs President and General Manager Steve Staios. “He is a player who is highly competitive and will do anything to win,” said Staios. “Our fans will enjoy watching Navrin grow and develop as a member of the Bulldogs organization over the next number of years.”

A Lucan, ON native, Mutter played last season for the Elgin Middlesex Chiefs Minor Midget AAA where he scored 10 goals and added 12 assists for 22 points in 29 games.

Mutter is expected to be on the ice when the Bulldogs open Training Camp later this month.