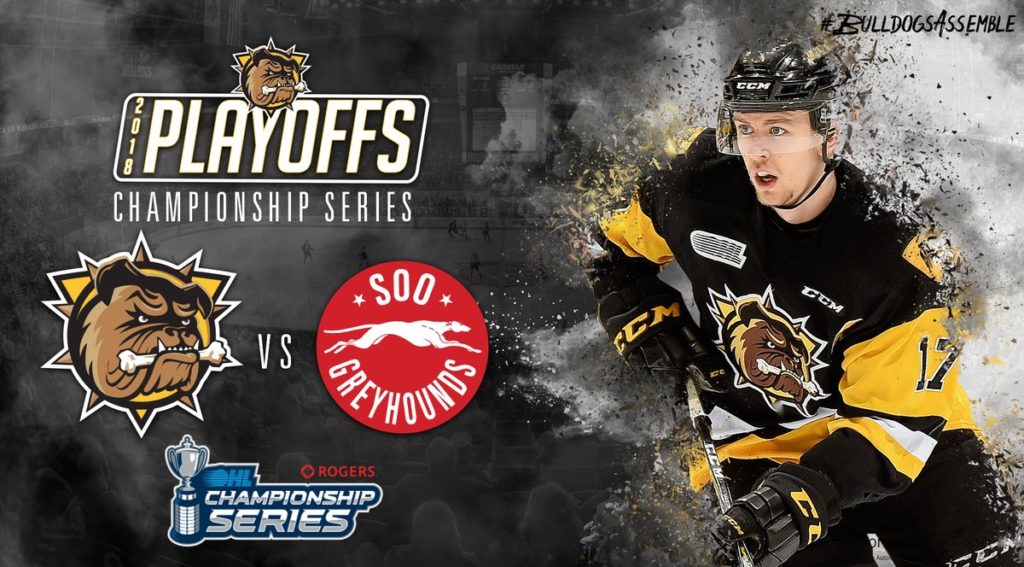 Hamilton’s dream playoff run continues as the Bulldogs get set to open the OHL Championship Series against the Sault Ste. Marie Greyhounds.

This marks the first OHL Championship Series for the Bulldogs in their three-year franchise history. The City of Hamilton’s OHL history includes a 1978 finals appearance by the Fincups which was preceded by a 1976 title, while the 1962 Hamilton Red Wings were also Robertson Cup champions. Prior to their move to Hamilton in 2015, the Belleville Bulls won an OHL title in 1999.

The Greyhounds return to the OHL Championship Series for the first time since 1993 and are in search of their fourth Robertson Cup previously winning back-to-back in 1991 and 1992 along with a 1985 title.

The Bulldogs have advanced to the OHL Championship Series by winning each of their first three round series in five games over Ottawa, Niagara and Kingston and have outscored their opposition 66-36.  After an opening round sweep of Saginaw, the Greyhounds had to go the distance against Owen Sound and Kitchener in a pair of seven game series to get to the league finals. Sault Ste. Marie lost just thirteen games (regulation, OT, SO) during the regular season, but have dropped six of their eighteen games so far in the playoffs.