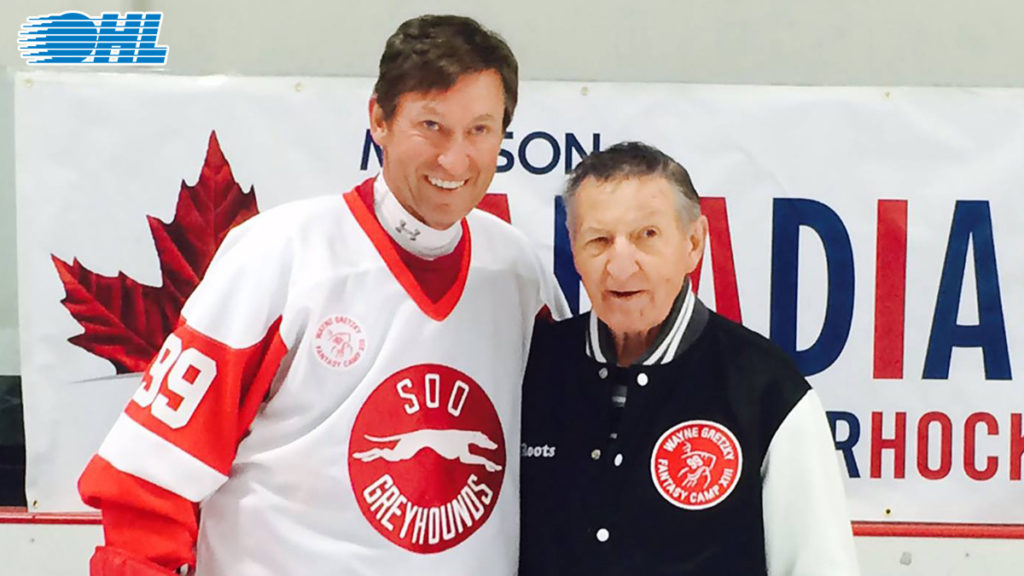 The Ontario Hockey League is saddened by news of the passing of Canada’s Hockey Dad.

Walter Gretzky, father of Soo Greyhounds graduate and all-time hockey great Wayne Gretzky, passed away on Thursday, March 5th, 2021 at the age of 82. The Brantford, Ont. native had battled Parkinson’s and other health issues in recent years, but was always a cheerful and positive personality, welcoming to all who crossed his path.

“For my sister and my three brothers, Dad was our team captain,” said Wayne Gretzky in a statement released Thursday night. “He guided, protected and led our family every day, every step of the way.”

Walter was formative in the development of ‘The Great One,” building a backyard rink at the family home in Brantford while working throughout the week as a telephone cable repairman. Wayne’s two brothers, Keith and Brent, also went on to play in the OHL, the former as a member of the Brantford Alexanders, Windsor Spitfires, Belleville Bulls and Hamilton Steelhawks from 1982-87 and the latter a star in Belleville from 1989-92.

As for Wayne, he still holds the OHL record for most points by a rookie with 182 in 1977-78, a Soo Greyhounds single season mark that stands to this day. He’d go on to win four Stanley Cups and retire as the NHL’s all-time leader in points with an astonishing 2,857 over 1,487 games.

Walter Gretzky, regarded as the most famous father in hockey, died Thursday at 82.

“For my sister and my 3 brothers, Dad was our team captain — he guided, protected and led our family every day, every step of the way,” Wayne Gretzky wrote on Twitter.https://t.co/ptiH5y45nd

Walter, who had been without wife Phyllis since 2005 when she passed away after a battle with lung cancer, was known throughout the sporting world as a generous humanitarian. His wide-ranging involvement in charities earned him one of the highest honours that can be bestowed on a Canadian when he was named to the Order of Canada on Dec. 28, 2007.

“For me, he was the reason I fell in love with the game of hockey,” Wayne’s remarks continued. “He inspired me to be the best I could be not just in the game of hockey, but in life. We will miss him so much, but know that he’s back with our Mom and that brings me and my family peace.”

For more on his life, career and tremendous legacy, visit nhl.com.

It is often said that you will be remembered for what you do for others, and Walter Gretzky will be remembered forever. Never too busy to take a photo or sign an autograph, Walter left a lasting impression on everyone he met and he will forever be Canada’s Hockey Dad. ❤️ pic.twitter.com/NC0VqdBAgV