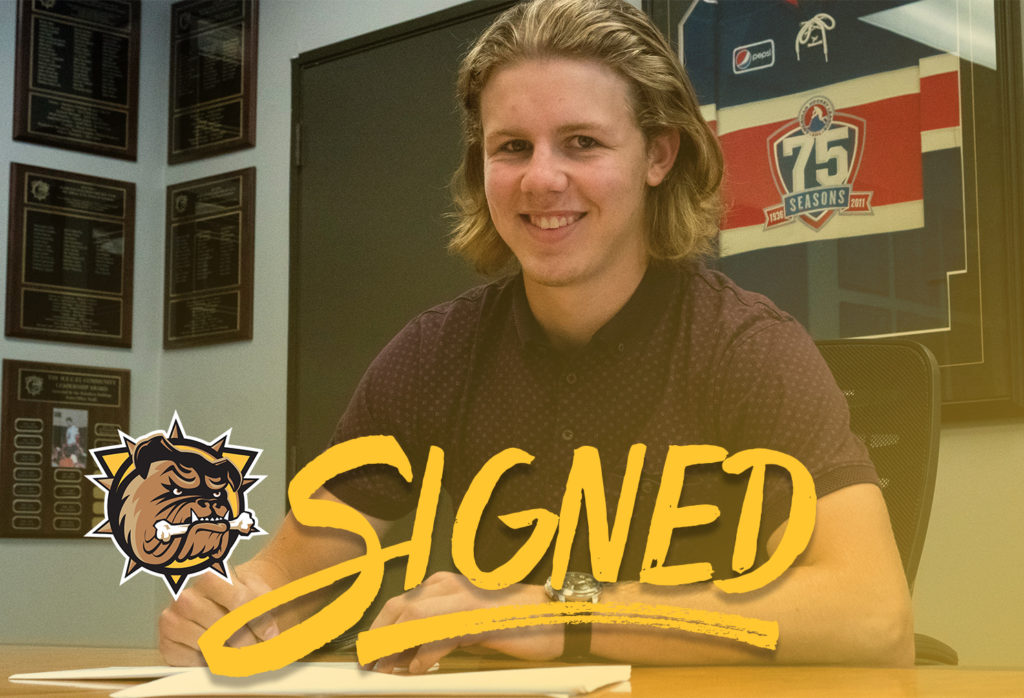 The Hamilton Bulldogs are pleased to announce the commitment the hockey club has received from centre Owen Burnell who has agreed to an Ontario Hockey League standard player agreement.

Burnell was originally a 7th round draft pick of the Sault Ste. Marie Greyhounds in the 2014 OHL Priority selection.

The 19-year old from Caledonia, played last season for the Ancaster Avalanche of the GOJHL where he scored 22 goals and added 24 assists for 46 points in 38 games. He also appeared in two games for the Bulldogs as an affiliated player.

President and General Manager Steve Staios says Burnell is a welcome addition to the Bulldogs’ family. “Owen has great hockey sense and skill and is willing to do whatever it takes to help the team win games,” said Staios. “He is versatile and can play anywhere in our line up.”

Burnell is expected to be in the line-up when the Bulldogs take on the Guelph Storm in OHL pre-season play tonight at the Morgan Firestone Arena in Ancaster at 7 pm.