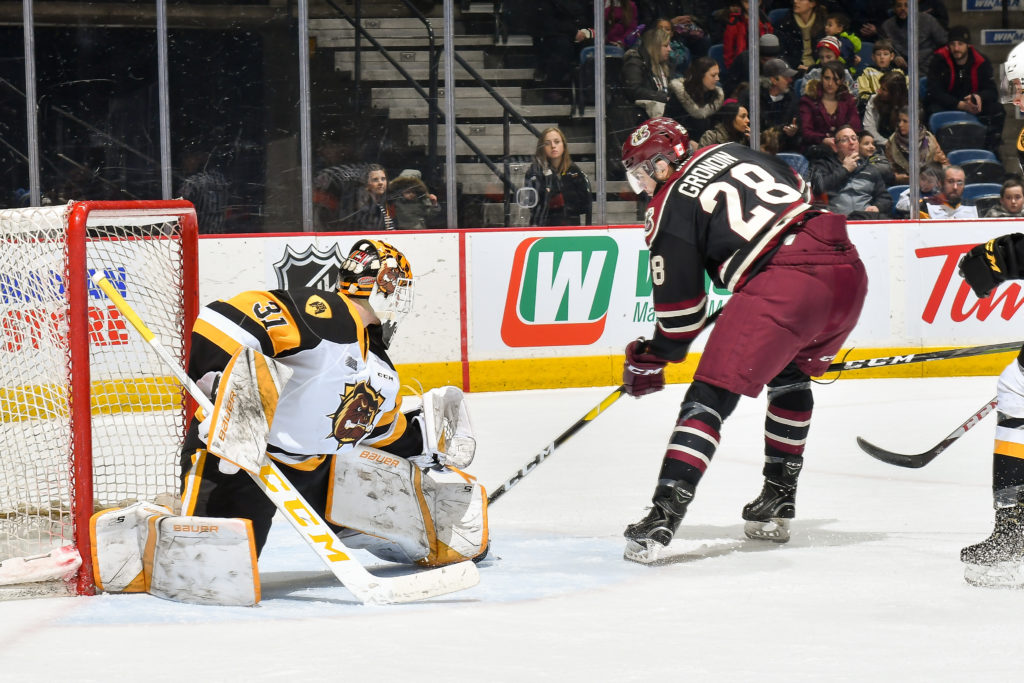 The Hamilton Bulldogs ended their three game weekend with a 6-3 loss to the Peterborough Petes Sunday afternoon at FirstOntario Centre.

Hamilton was the only team to get on the board in the 1st period as a wrist shot from Nicolas Mattinen (8) found it’s way through a crowd.

Peterborough tied the game 1-1 early in the 2nd period before the Bulldogs scored twice as Mackenzie Entwistle (11) tipped one home at 7:04 followed by Navrin Mutter (2) jumping on a rebound at 14:51. It looked Hamilton would take that 3-1 lead to the dressing room, but the Petes scored in the final minute to make it a 3-2 hockey game.

It was all Peterborough in the 3rd period as they scored four unanswered goals for the 6-3 win.

With the loss Hamilton’s season record drops to 11-13-1 while Peterborough’s improves to 15-11.

The Bulldogs are back in action Friday November 30th when they face the Steelheads in Mississauga before returning home to take on the Windsor Spitfires on Saturday December 1st at FirstOntario Centre at 4 pm.