REED DUTHIE NAMED AS VOICE OF THE BULLDOGS 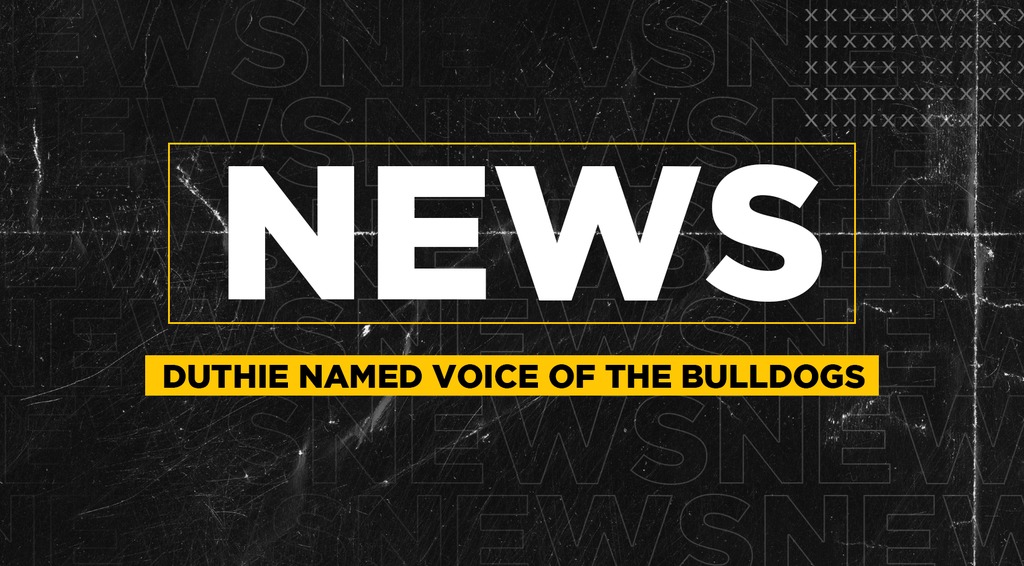 Duthie comes to the Hamilton Bulldogs with 11 years experience in play-by-play spanning over a dozen professional, collegiate and junior sports. The Mohawk College graduate got his start calling the 2008-09 AHL Bulldogs season for Mohawk’s closed circuit TV station before moving to Cable 14 in 2009.

Since that time, Reed has called a CJFL National Championship, OUA Yates Cup, Allan Cup, Esso Cup, three Sutherland Cup Finals, professional MMA and Boxing events across Ontario and of course the past four years as the television voice for the Hamilton Bulldogs.

Reed will make the move this season to calling the full Bulldogs schedule, home and away, as well as taking the role of Communication Coordinator, a new challenge Reed is excited to embark on:

“Being a Hamilton kid, I grew up going to Hamilton Canucks & Hamilton Bulldogs games, went to school and played hockey in the city. I couldn’t be more excited to chase a dream and be a part of the organization I grew up coming to watch and continue to work in the community. This all thanks to my family for their support and to Michael Andlauer, Steve Staios and the entire Hamilton Bulldogs organization for the opportunity.”

When asked about adding Reed to the team, Hamilton Bulldogs President & General Manager Steve Staios said: “Reed will bring enthusiasm calling the games and with his depth of knowledge of our team, and his commitment to the community, he will make a great addition to our Bulldogs family.”