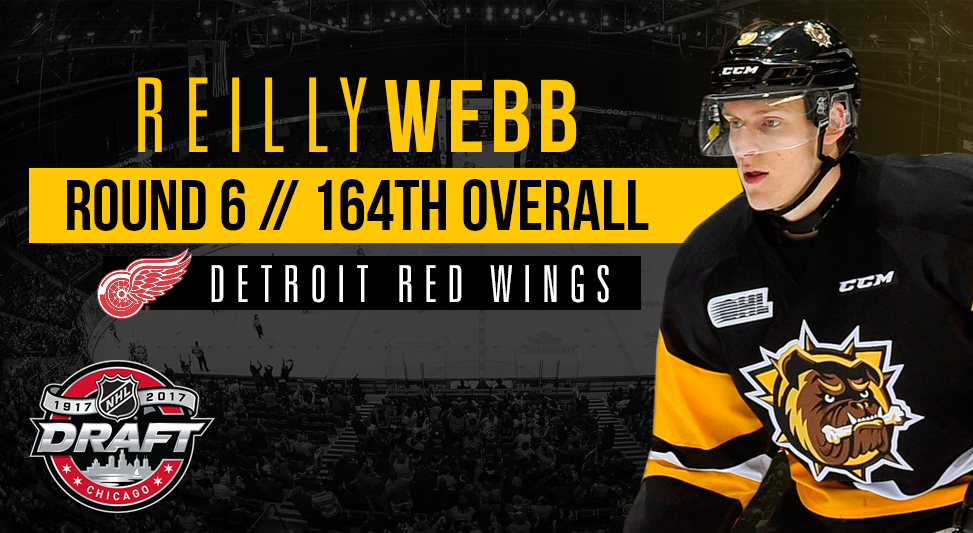 Reilly Webb was the 4th Bulldog Selected at the 2017 NHL Entry Draft in Chicago this weekend. Webb, who is now a member of the Detroit Red Wings, spent parts of the last two seasons with the Bulldogs, after being selected in the 2nd Round of the 2015 OHL Priority Selection. Since becoming a Bulldog Webb has shown that he is a big mobile defenseman, who will look to contribute in all areas of the game.

Webb really came into his own during the Bulldogs first round playoff matchup against the Kingston Frontenacs, where he suited up for all 7 games. The 6’3” defenseman played 12 games this past season, registering 1 assist. The Red Wings selected Webb in the 6th Round, 164th Overall.