ROBERTS, McCOURT and DONOFRIO on the NOVEMBER ‘PLAYERS to WATCH’ List for 2018 NHL DRAFT 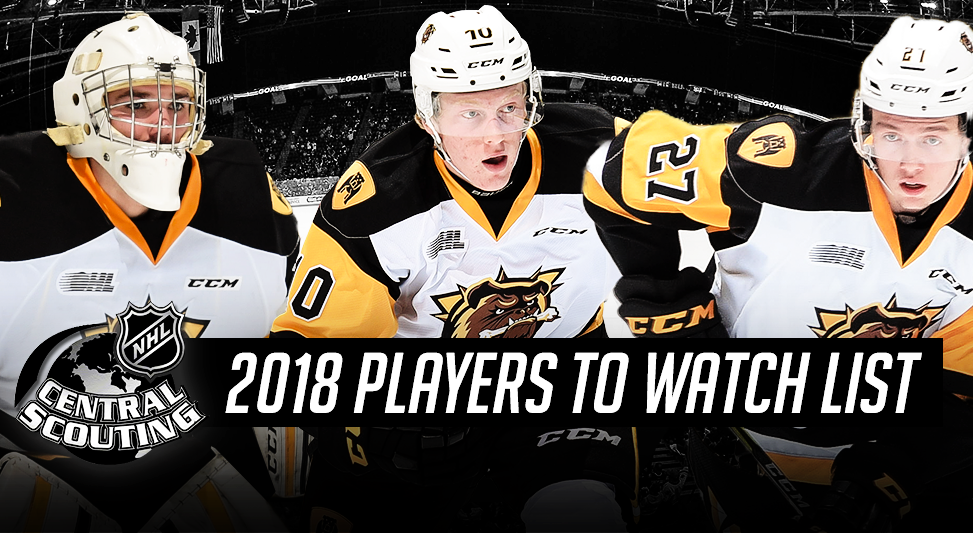 Three Hamilton Bulldogs are on the NHL Central Scouting’s November ‘Players to Watch’ list for the 2018 NHL Draft which takes place June 22-23 in Dallas, TX.

Connor Roberts, Riley McCourt and Nick Donofrio have all caught the eye of NHL scouts with their play so far this season.

Read on for more information.

Included in the 65 players are 39 forwards, 22 defencemen and four goaltenders with at least one player from each of the league’s 20 member teams.

Most notably, Noel advanced from a ‘B’ rating on October’s ‘Players to Watch’ List up to an ‘A’ in the November edition.

42 OHL players were selected in the 2017 NHL Draft including five players chosen in the first round.