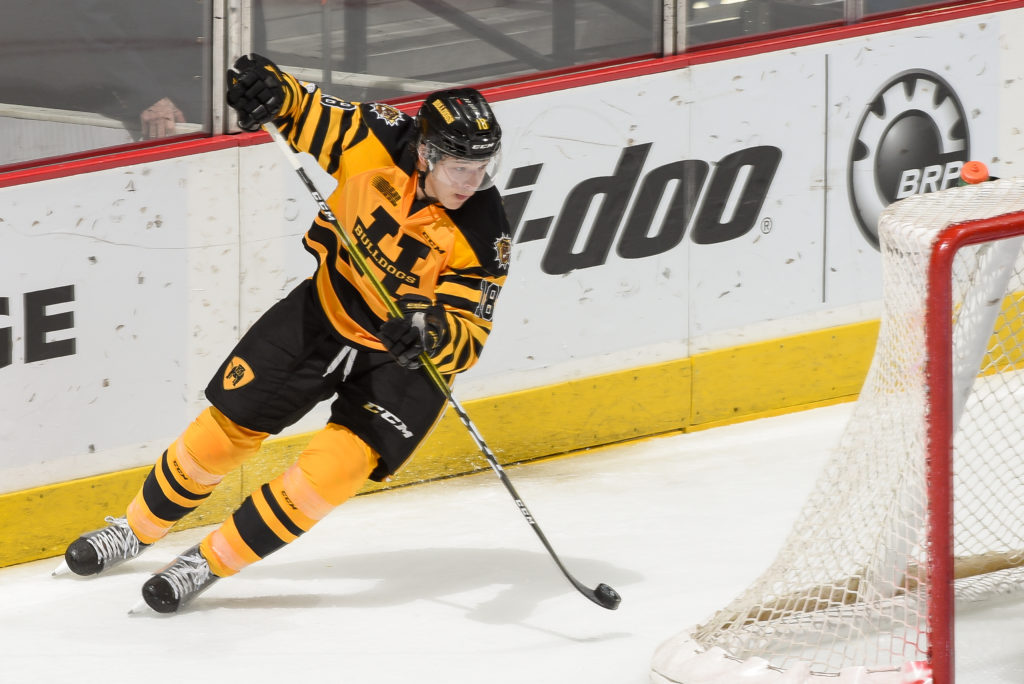 The Bulldogs got the only goal of the 2nd period and it was Mutter (2) again as he tipped in a point shot to make it 2-1 Hamilton after 2.

With the win, the Bulldogs retain their hold on 1st place in the East Division and the Eastern Conference with a record of 14-6-2-3.

The Bulldogs are back in action on Thursday November 30th in Saginaw, Friday December 1st in Flint and then back home on Sunday December 3rd to face Mississauga at FirstOntario Centre at 2 pm.