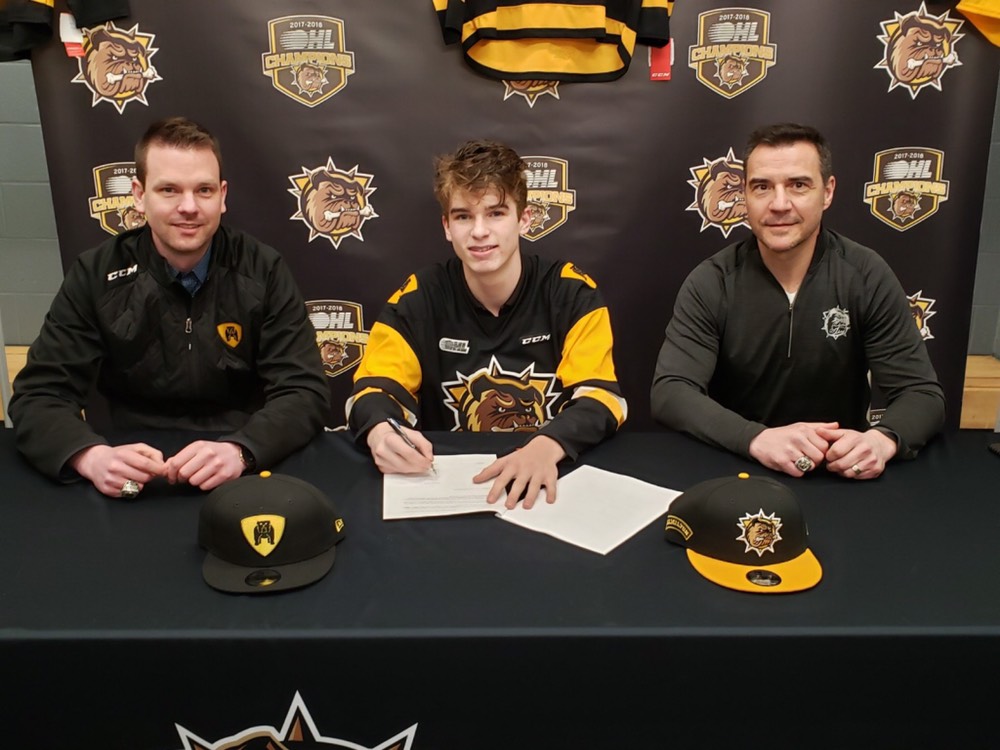 Winterton was the Bulldogs 1st round selection (8th overall) in the 2019 OHL Priority Selection.

“We’re excited to have received a commitment from Ryan,” said President and General Manager Steve Staios. “He is a player with great character and potential. Our fans will enjoy watching Ryan’s development over the next number of years here in Hamilton.”

Winterton took part this past weekend in the Bulldogs Rookie Orientation Camp at the Morgan Firestone Arena in Ancaster and will be back in Hamilton for Training Camp in late August.

OHL Academic Players of the Month for November
15 hours ago