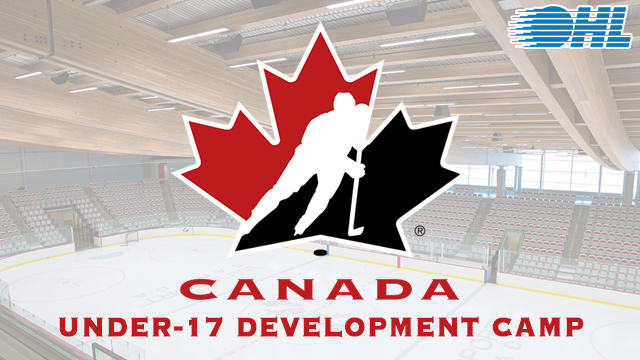 44 OHL prospects were in attendance at Hockey Canada’s National Under-17 Development Camp that wrapped up on Friday July 28th in Calgary as seven OHL prospects on Team Green were crowned champions of a six team tournament with a perfect 2-0-1 record.

Team Green won the Under-17 portion of the third annual edition of Hockey Canada’s Summer Showcase with a two-goal performance from defenceman Xavier Henry (Hamilton Bulldogs) in a 5-4 win over Team Gold on Friday.

With events such as the OHL Gold Cup and Hockey Canada’s development camp behind them, players will continue to be evaluated through the early season before 66 are selected to represent Canada on one of three national teams – Team Canada Black, Team Canada Red, and Team Canada White – at the 2017 World Under-17 Hockey Challenge, which is scheduled for Nov. 5-11 in Dawson Creek and Fort St. John, BC.