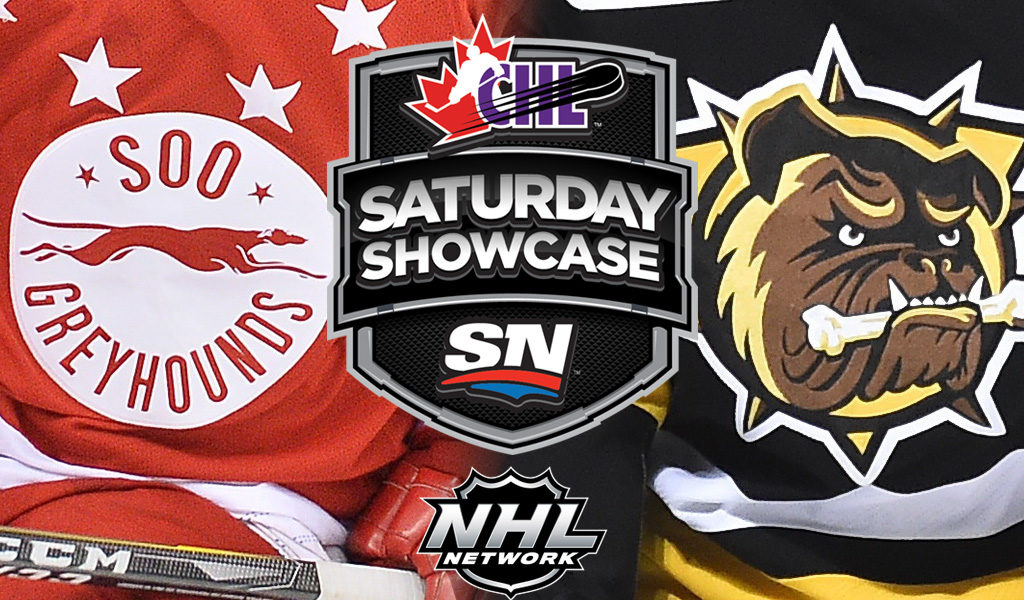 This week’s edition of the Sportsnet CHL Saturday Showcase features a rematch of the 2018 OHL Championship Series as the defending champion Hamilton Bulldogs (15-16-2-0 host the Sault Ste. Marie Greyhounds (20-8-4-1) at 3:30pm ET/12:30pm PT.

Though the Bulldogs lost a number of their veterans from last season’s OHL Championship squad to graduation, there is a core contingent still with the club including the team’s four top scorers in Brandon Saigeon (21-32–53), NHL Draft prospect Arthur Kaliyev (24-27–51), Matthew Strome (13-25–38) and MacKenzie Entwistle (15-12–27) who is currently away at Canada’s National Junior Team Selection Camp.

Head coach Dave Matsos’ club has hovered around the .500 mark this season, getting some offensive production from the back end thanks to overage veteran Nicolas Mattinen (11-12–23) and 19-year-old Kade Landry (2-21–23).

The presence of aforementioned producers in Saigeon, Kaliyev, Strome and Entwistle has helped Hamilton put together the OHL’s second-best power play unit that is currently operating at 28.1%. Keeping pucks out has been a struggle at times this season for the Dogs though as they feature the OHL’s 16th-ranked penalty kill.

Having won West Division titles in four of the past five seasons, the Soo Greyhounds are in good shape to capture the division again, holding an eight point lead on first place as they approach the midway point of the season.

Star forwards Morgan Frost (20-38–58) and Barrett Hayton (15-18–33) are currently in British Columbia competing for spots on Canada’s National Junior Team. Overagers Keeghan Howdeshell (26-12–28) and Friday’s overtime hero Mac Hollowell (11-26–37) have stepped up in their absence. The Greyhounds come off a 3-2 road win over the Mississauga Steelheads as Hollowell, a Toronto Maple Leafs prospect, scored the unassisted overtime marker to give the Hounds their 20th win of the season.

The Bulldogs and Greyhounds meet for the second time this season following a 4-3 Sault Ste. Marie home ice win back on October 20th. Howdeshell, who is currently riding a 12-game point streak, netted a hat-trick in that contest as the Hounds outshot the Bulldogs 39-27.

Today’s matchup will be aired live across the country on Sportsnet as well as in the United States on NHL Network when the puck drops at 3:30pm ET/12:30pm PT.