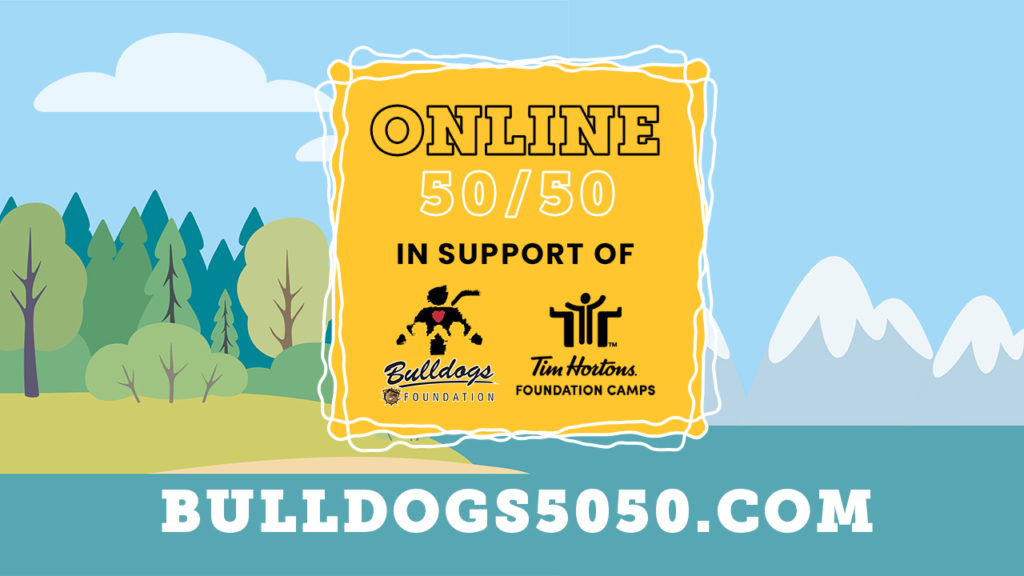 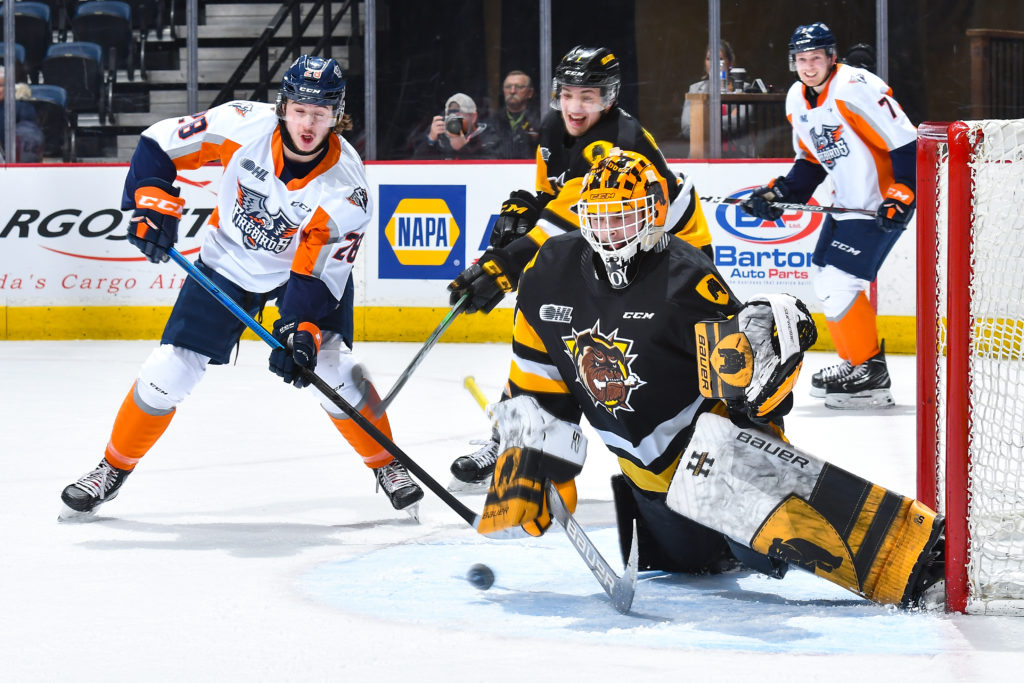 HAMILTON, ONTARIO. At the end of a tough 3-in-3 weekend for the Hamilton Bulldogs, Arthur Kaliyev would record a pair to give the Bulldogs a 3-1 first period lead but the team’s gas tank would hit empty in the third period as Stoney Creek’s own Jack Wismer recorded a hat-trick to give the Firebirds a 7-3 win.

Ty Dellandrea would start the scoring on Saturday afternoon for the Flint Firebirds, recording his 30th of the season, streaking off the right-wing and beating Zachary Roy just inside the post at 12:03 of the period. From there however, it was all Bulldogs as Zachary Roy would stop 9 of 10 he’d face and the offense would wake up. With the Bulldogs on the power-play at 12:52, Jan Mysak & Isaac Nurse would create a pileup of traffic in front of the Flint goal and Arthur Kaliyev would collect the puck, turn and fire past Anthony Popovich for his 36th of the year to tie the game. The Bulldogs would feed off the momentum and at 16:12 Cameron Supryka would skate into the Flint zone dropping the puck for Kaliyev who snapped a shot from the top of the left-wing circle that would beat Popovich again for his 2nd of the night & 37th of the season giving the Bulldogs a 2-1 lead. Before the period was out, Hamilton would further extend the lead as again Isaac Nurse would create traffic at the Firebirds net, this time with Liam Van Loon alongside, and Bradey Johnson would find the puck and flip it into the Flint goal at 19:27 giving the Bulldogs a 3-1 lead which they’d take into the lock room after 20 minutes.

The second period would see a change in momentum in the game as Anthony Popovich would stop all 7 shots he’d face in the period, while the Firebirds would fire 18 shots through the period as Zachary Roy and strike twice. First, after Braeden Kressler and Quinn Yule had fallen in the offensive zone, Dennis Busby would poke the puck loose from the Bulldogs and flip it ahead to the pair of Firebirds who had pulled themselves up off the ice and started in on a 2-on-0 and Yule would find the back of his net for his 3rd of the year at 5:53. The Bulldogs would find themselves in penalty trouble, taking four straight minors before the period was out and after killing a 5-on-3 portion, Vladislav Kolyachonok would keep the puck alive at the line playing for Cody Morgan who would in turn play across the net for a Riley Piercey tap in, his 16th, to tie the game 3-3 at 15:36. Heading into the third period the Bulldogs would be looking for a sprint to end a tough 3-in-3.

It was an empty gas tank for the Bulldogs at the very end of the 3-in-3 weekend as the Firebirds would pile four final frame goals on. Flint would take the lead on a power-play goal at 0:51 as Jack Wismer would record his 17th of the season and 1st of the game to take the 4-3 lead. Flint would double the lead at 14:42 as Brennan Othmann would record his 14th of the year to make it 5-3 just after the Bulldogs had shown tremendous push with the line of Kaliyev, Johnson & Nurse. Wismer would ice the game into an empty net for his 18th of the season and 2nd of the game at 17:05 before completing his hat-trick and closing out the scoring at 17:43 picking up his 19th of the year and giving Flint the 7-3 victory.

The Hamilton Bulldogs will return to action on Wednesday, February 12 in Owen Sound to take on the Attack at 7:00pm before travelling to St. Catharines on Friday, February 14th visiting the Niagara Ice Dogs at 7:00pm. The Bulldogs will then return home to host the Sault Ste. Marie Greyhounds on Saturday, February 15th at 4:00pm and close out a busy weekend hosting the Kitchener Rangers for the Family Day Matinee on Monday February 17th at 2:00pm.