TEDDY BEAR TOSS WIN FOR THE BULLDOGS OVER SAGINAW 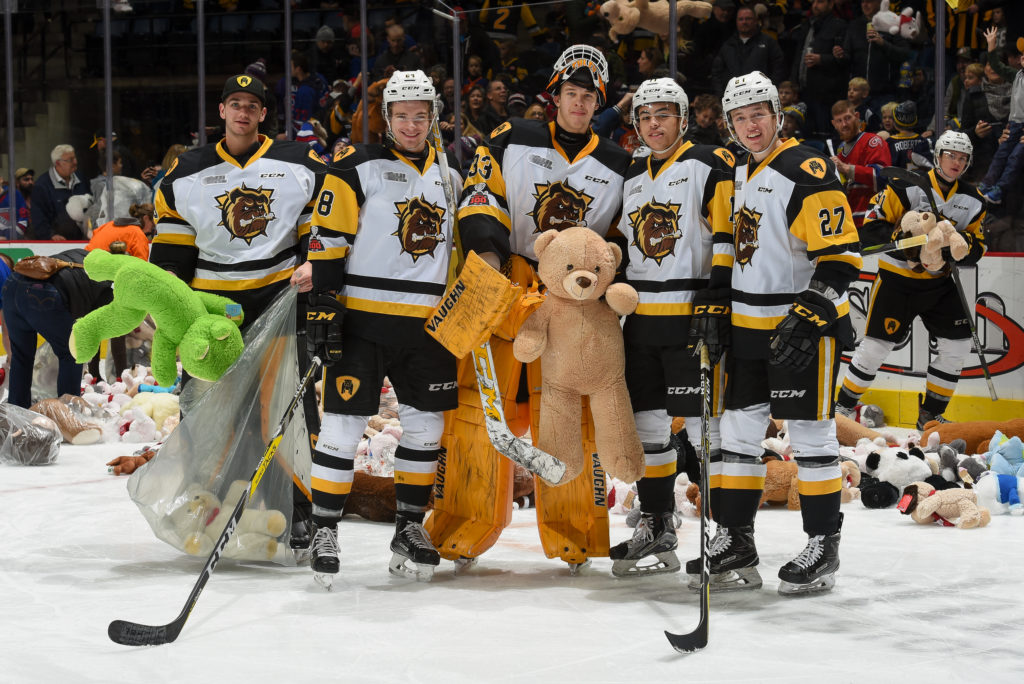 The Hamilton Bulldogs fed off the power of the Teddy Bear Saturday on their way to a convincing 7-1 win over the Saginaw Spirit at FirstOntario Centre.

The Bulldogs came out with one of their best 1st periods of the season keeping the visiting Saginaw Spirit hemmed in their own zone and that pressure resulted in a Will Bitten (8) power-play goal at 4:15. That also meant the appearance of thousands of teddy bears raining down from the stands for the annual Teddy Bear Toss in support of the Salvation Army and Bell Media’s Toy Mountain. It was back to hockey as the Bulldogs offense continued to roll with goals from Nick Caamano (14) at 10:26 and Arthur Kaliyev (11) at 12:09 to make it 3-0 Hamilton after the opening twenty minutes.

Just one goal in the 3rd, but it was a big one for Hamilton rookie Connor McMichael (1) who scored his ever OHL goal at 10:18 to make the final score 7-1.

The Bulldogs are on the road Sunday afternoon to face the Steelheads at the Hersey Centre at 2 pm. Next week, Hamilton makes the trip north to North Bay and Sudbury before returning to FirstOntario Centre for the last home game before the Christmas break on Sunday December 17th vs the Peterborough Petes. For tickets, go to http://bit.ly/2iJJl3u.