The K9 CUP IS BACK BETWEEN THE BULLDOGS AND ICEDOGS 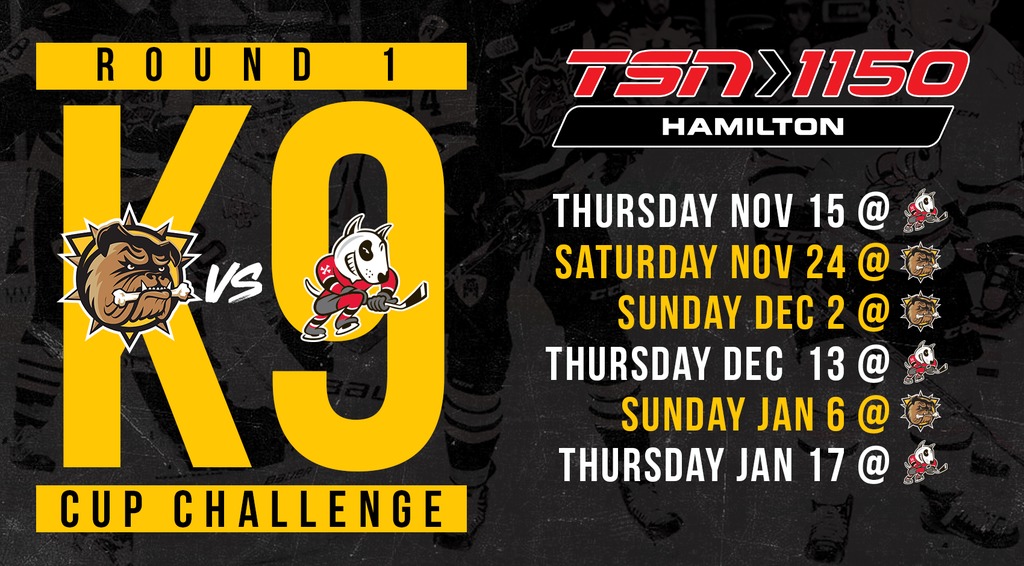 We are almost two months into the 2018-19 OHL season, but the Hamilton Bulldogs and Niagara IceDogs will meet tonight for the first time.

The two rivals will begin a 6-game season series at the Meridian Centre in St. Catharines at 7 pm.

To help spice up the rivalry, TSN 1150 & 610 CKTB are bringing back the K9 Cup for the second season.  It’s a fun competition between the two teams and the two radio stations to see who will take home the K9 Cup trophy for the 2018/19 season.

During the 6-game series – both TSN 1150 and 610 CKTB street teams will be on-site during game nights with the special K9 Cup trophy on display. Fans will be encouraged to snap a picture with the cup and share their support for their favourite team via social media.

Once the title has been secured by either the Hamilton Bulldogs or Niagara Ice Dogs – the K9 Cup trophy will be awarded to the winning team on home ice – including a special $1,000 cheque presentation from TSN 1150 & CKTB for the champion’s charity of choice!

The IceDogs are the defending K9 Cup Champions after posting a 5-1 record over the Bulldogs last season, but Hamilton beat out Niagara in five games during the 2nd round of the 2018 OHL Playoffs on the way to the 2018 OHL Championship and an appearance in the 2018 Memorial Cup.

Bulldogsshop Jan Mysak
Show your support for #19
19 hours ago