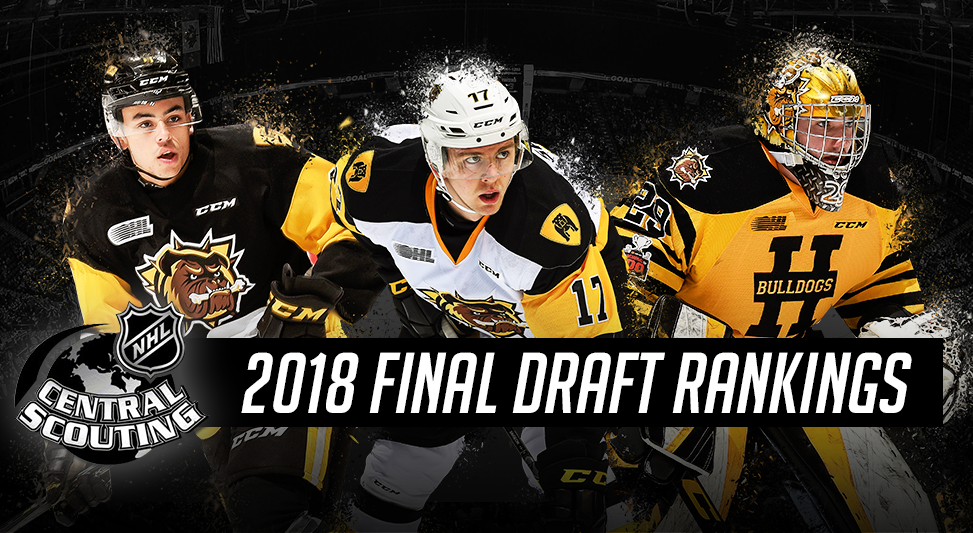 Three Hamilton Bulldogs are on the NHL Central Scouting Final Draft Rankings ahead of the 2018 NHL Draft in Dallas, TX June 22-23.

Brandon Saigeon appeared on the list in the mid-term rankings and is 147th on the final North American Skaters List while a great season propelled Isaac Nurse onto the list for the first time at 180th overall.  Nick Donofrio is 31st on the North American Goaltenders List.

Check out the full details:

Toronto, ON – The Ontario Hockey League today announced that 61 OHL players have been listed by NHL Central Scouting in their Final Rankings for the 2018 NHL Draft which takes place June 22-23 in Dallas, TX.

The Ontario Hockey League’s 61 players ranked were part of a total of 143 CHL players included on the list. The Ottawa 67’s led OHL clubs with seven players ranked followed by the London Knights with six and the Flint Firebirds with five.

Each of the OHL’s 20 member teams had at least one player included in the rankings.

61 OHL players were listed in NHL Central Scouting’s Midterm Rankings released in January, while 42 players from the OHL were selected in the 2017 NHL Draft including five players selected in the first round.