TOUGH NIGHT FOR BULLDOGS IN SUDBURY ENDS IN LOSS 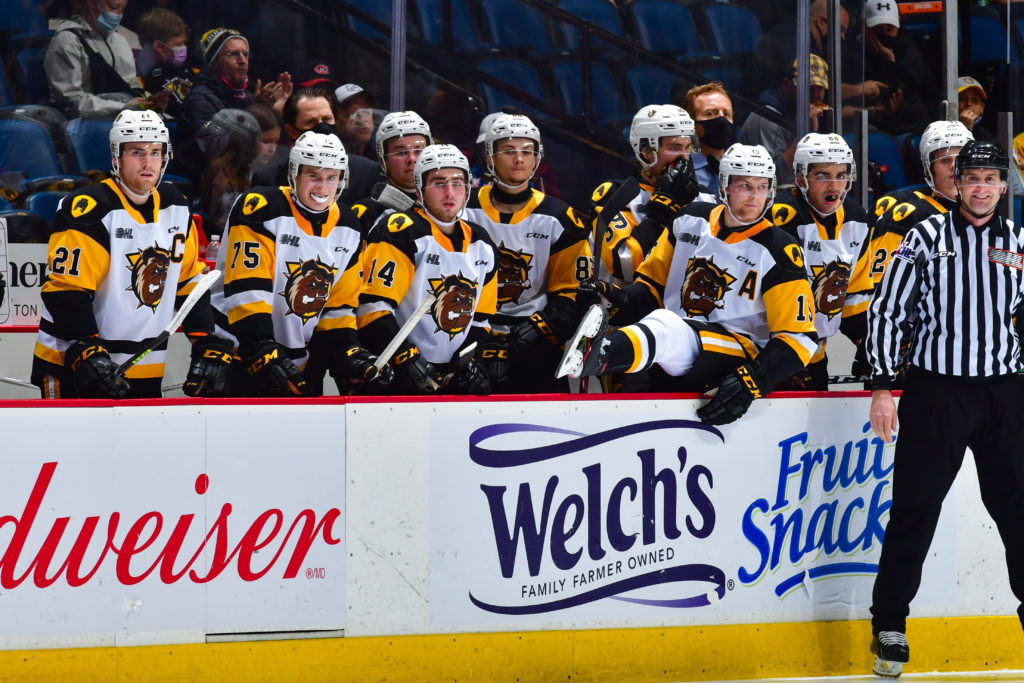 HAMILTON, ONTARIO. The Hamilton Bulldogs efforts to bounce back from their first loss of the season fell short on Friday night as the undermanned Dogs fought hard but fell to an offensive onslaught from the Wolves.

A back and forth start to the game would get away from the Bulldogs with Sudbury recording 3 goals in just under a 7-minute stretch to jump out to a big lead. David Goyette would start the scoring at 6:41, followed by Chase Stillman at 8:29 and 2021 1st overall selection Quentin Musty at 13:28.

Evan Konyen would extend the lead for the Wolves just 1:27 into the second period making it a 4-0 score for Sudbury. Opportunity would knock however as Kosta Manikis would be served a match penalty for a slew-foot on Noah Nelson, giving the Bulldogs a 5-minute man advantage. Sudbury would be the team to take advantage though as Alex Assadourian’s short-handed rebound would be collected and capitalized on by Ethan Larmand to give Sudbury a 5-0 lead.

The Bulldogs would show life in the middle frame as just over a minute after Larmand’s goal during a 4-on-4, Gavin White would lead the puck out of the Hamilton zone for Jan Mysak, curling at the top of the right wing circle and feeding Jorian Donovan to rip the puck past Weeks for his 1st Ontario Hockey League goal at 5:30. Hamilton would draw one closer at 8:52 as Gavin White would once again start the play getting the puck to the left of the slot for Lawson Sherk who would feed Avery Hayes for a wonderful backhand touch with his back facing the goal for his 2nd of the season to close the gap to 5-2. Coming out of the second period the Bulldogs had some momentum for the first time.

The third period would see Sudbury chip ice the game with goals at :44 from Ethan Larmand for his second of the game, and a pair for David Goyette at 11:33 & 17:37 to complete his hat-trick, the last of which popping over Tristan Malboeuf’s head and bouncing off his back and then his glove before rolling across the goal line. Sudbury would finish out the game with an 8-2 victory.

The Hamilton Bulldogs will return to action continuing a 5-game road trip on Sunday, October 24th challenging the Mississauga Steelheads for the first time this season at 2:00pm.