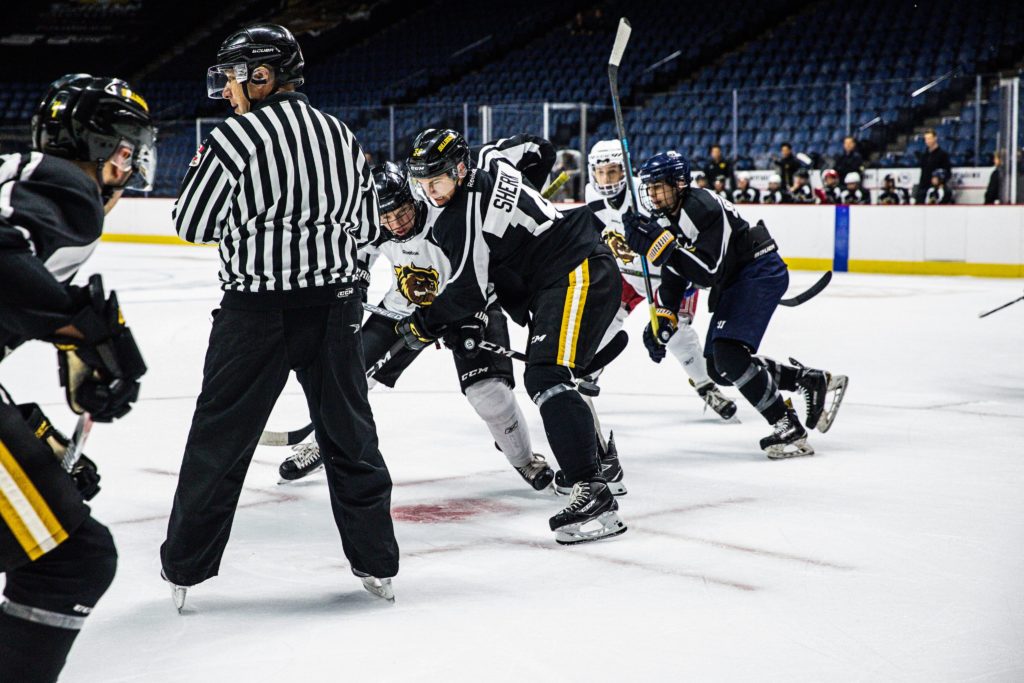 The Hamilton Bulldogs conducted their 5th Annual Training Camp over three days, August 27th-29th, in advance of the 2019-2020 Ontario Hockey League season. All sessions were conducted inside the team’s home at First Ontario Centre with the trio of scrimmages on the 28th and the Black & Gold game on the 29th drawing tremendous support from Hamilton hockey fans in their first chance to see a glimpse of what the team will look like for the season ahead.

In addition to the new talent on display, several Hamilton Bulldogs veterans preparing for camp got their first reps of the season in during the three days of training sessions as well. Isaac Nurse (Chicago), Kade Landry (New York Rangers) and Navrin Mutter (Colorado) were joined by new trade acquisition Nathan Staios (Toronto) in excelling in their appearances, especially during the scrimmage sessions on the 28th , showing why they earned NHL invitations.

Following the conclusion of the Black & Gold game and the exit meetings between players and management, hamiltonbulldogs.com was able to catch up with Assistant GM Ian Meagher to get his thoughts on the process.

Meagher began with his overall thoughts on camp:

“I think it went very well, we just finished our meetings here and received some very positive feedback from our younger players, 02’s & 03’s and the group is progressing in a very positive way.”

On standouts over the course of the three days of camp:

“We put ourselves in a situation thanks to our scouting staff where we’ve got so many good young players. From the likes of 03’s Ryan Winterton & Lawson Sherk who will be with us this year to the impact Chandler Romeo & Owen Simpson made…Ryan Humphrey an American player we this drafted this year was one of the most impactful players in camp so it bodes well for our team moving forward.”

Finally on the outlook of the team coming out of camp:

“The mood has all been very positive, I think we’ve gotten ourselves to a situation quickly where after a season where we were able to win a Championship it seems like we’ve gotten ourselves back to a position where after 1 transition year we have some great young players not just ready to play in the OHL but make an impact. You look at Logan Morrison & Avery Hayes and what they showed in this camp and just continued that progression. Now it’s not just about proving you can play in the league but proving you can be a highly impactful player for the NHL scouts watching”.