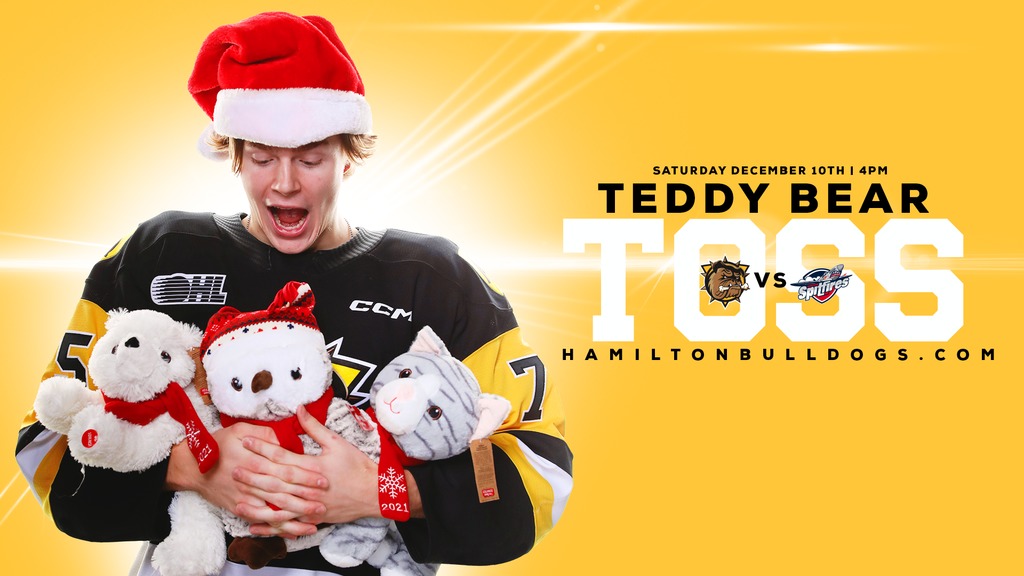 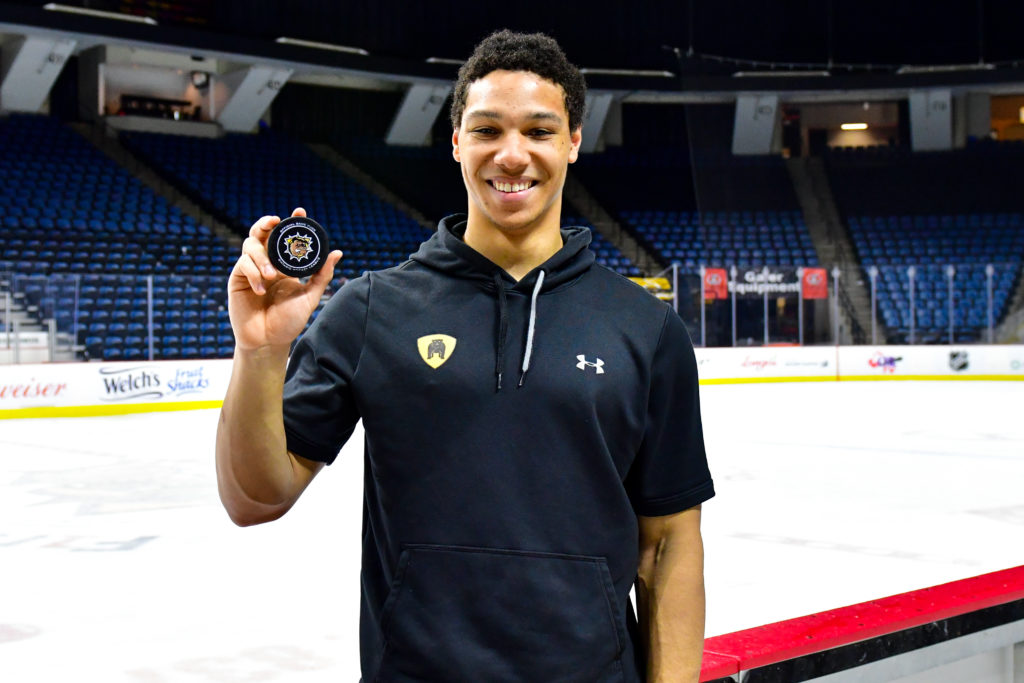 HAMILTON, ONTARIO. The Hamilton Bulldogs continued their five-game home stand on Friday night, hosting the red-hot Ottawa 67’s. The Bulldogs entered looking for their fourth consecutive victory, coming off a 2-1 win against the Colts while the 67’s looked to continue their dominating start to the season, winning 16 of their first 17.

Things took a bit of time to heat up between the 67’s and Bulldogs in the opening frame. The early minutes showed a lot of neutral zone play as the two teams had a feeling out process for their first meeting of the season. Just before the midway point of the period with Ottawa putting on the attack, Will Gerrior fed Brad Gardiner with a beautiful tip pass, to which Gardiner was able to skate in alone and make no mistake, opening the scoring in favor of the 67’s. At 15:59 Ottawa doubled their lead on the Dogs through Luca Pinelli who registered multiple shots on his shift before being able to get loose and bank one in off the pad of the sliding Matteo Drobac to make it 2-0. Things continued to go Ottawa’s way with Cameron Tolnai scoring his 10th of the season just a short 74 seconds after Pinelli’s goal, to give Ottawa a cozy 3-0 lead after 20 minutes.

Tristan Malboeuf relieved Drobac in the crease for Hamilton to start the middle frame and the switch appeared to give the Bulldogs a boost. Through a parade to the penalty box in the period, the Bulldogs were the only team able to capitalize on the PP with defenseman Jorian Donovan working the puck left after an exchange from Braeden O’Keefe & Gavin White and throwing a low, hard shot on net from the point that got past a screened Max Donoso to make it a 3-1 game at 11:11. Ottawa answered back before the second period expired as 67’s defenseman Thomas Sirman squeaked one in from an off angle shot that got under Malboeuf’s blocker and over his pad to restore his team’s three goal lead. Through 40-minutes of play despite the deficit the Bulldogs felt firmly in the game, needing a strong final frame.

The third started off strong for Bulldogs culminating at 5:22 as Bulldogs rookie Masen Wray sent the puck back to Noah Van Vliet at the left point who threw a wrist shot to the net that fooled Donoso for Van Vliet’s first career OHL goal, and Wray’s first career OHL point, making it a 4-2 game. Later in the period, Ottawa forward Vinzenz Rohrer, who came into the game without a penalty on the season, took his second penalty of the period, and the Bulldogs took full advantage. Cycling the puck with proficiency on the powerplay, Gavin White threw the puck across to Logan Morrison who ripped it over Donoso to make it a one goal game at 14:08. After Ottawa was nabbed for back-to-back penalties late, the Bulldogs brought Malboeuf to the bench to give themselves a 6-on-3 opportunity, desperately trying to knot the game at 4. The Bulldogs put up a fight right up until the final horn, including a prime net front opportunity for Avery Hayes which Donoso was able to sprawl across the crease to keep it out. The 67’s managed to hang on and win the game 4-3, improving to an astounding 17-1 record this season.

The Bulldogs are right back in action tomorrow afternoon, Saturday, November 19th, against the Saginaw Spirit with puck drop at 4:00pm at the FirstOntario Centre. 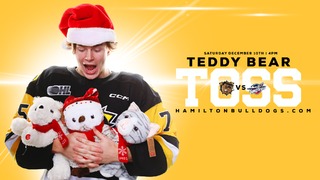 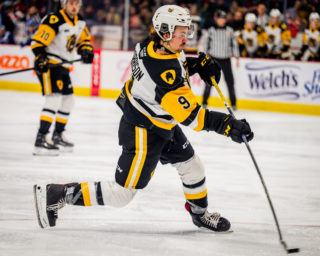 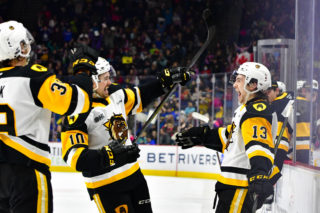 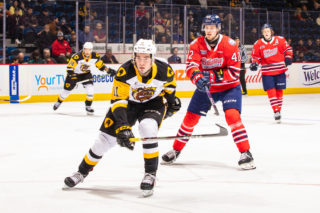 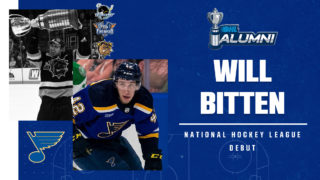