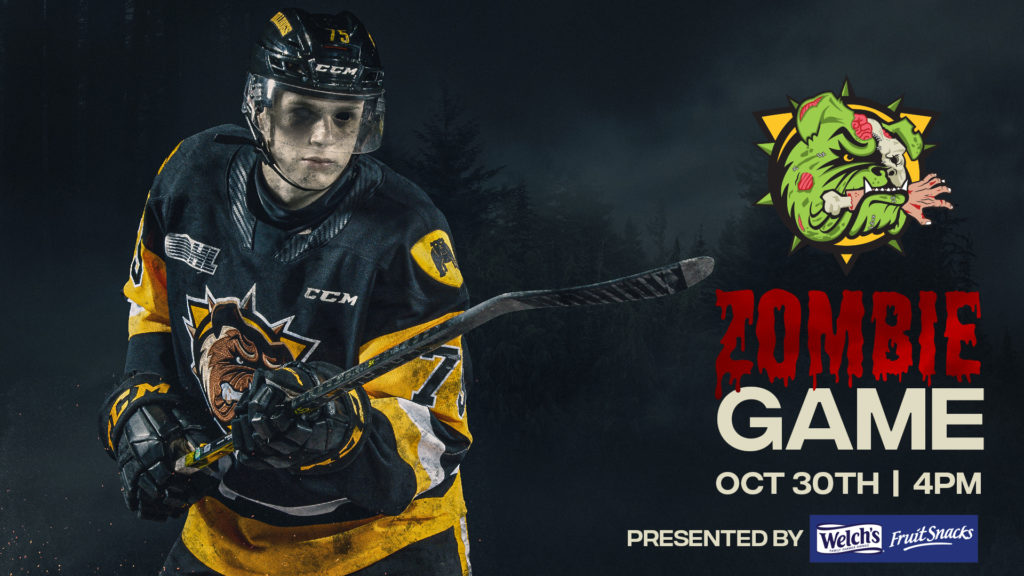 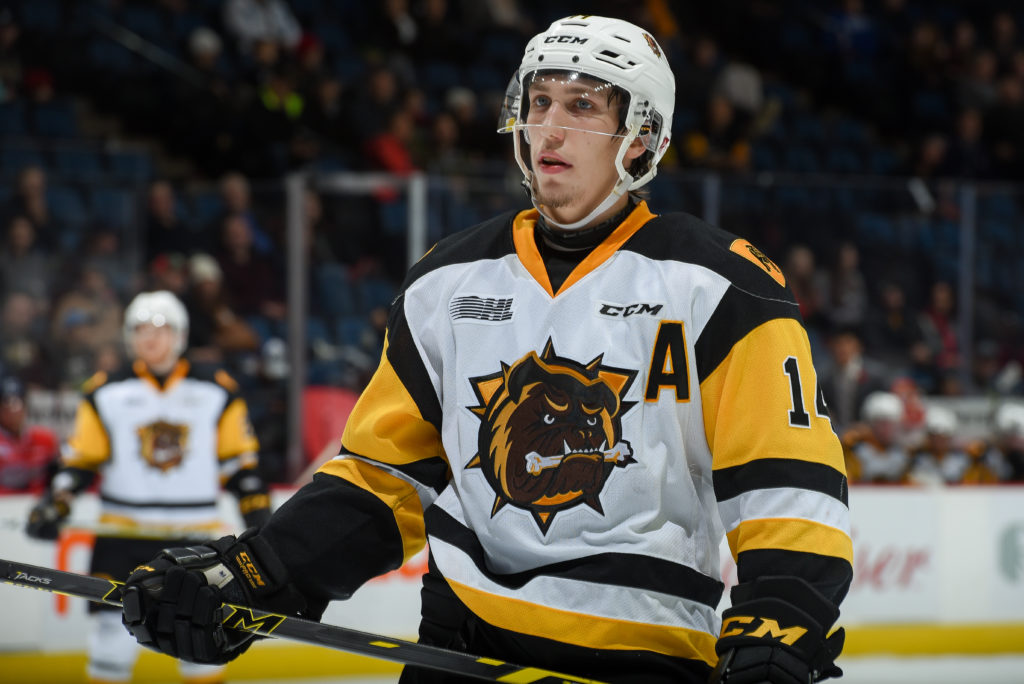 Hamilton Bulldogs forward Will Bitten has hit an OHL milestone by recording his 200th career point. He did it with an assist in a game on January 17, 2018 in Owen Sound.

The 19-year old native of Gloucester, ON was a 1st round pick (7th overall) of the Plymouth Whalers in the 2014 OHL Priority Selection. In two years with that franchise, that included a move to Flint for 2015-2016 season, Bitten played 130 games, scored 45 goals and added 51 assists for 96 points.

Bitten was traded to Hamilton in September 2016 and has so far played 108 games for the Black and Gold, scored 36 goals and added 68 assists for 104 points.

Bitten has represented Canada on several occasions at the World Under 17’s in 2014, Ivan Hlinka Memorial Tournament in 2015 and the IIHF World Under 18 Championship in 2016. Will has also represented the OHL in each of the last three seasons in the Canada-Russia Series.

Bitten was a 3rd round pick (70th overall) by the Montreal Canadiens in the 2016 NHL Draft.

The Bulldogs next home game is Saturday January 27th at 4 pm when they play host to the Oshawa Generals at FirstOntario Centre. For tickets go to http://bit.ly/2jxxZn8. 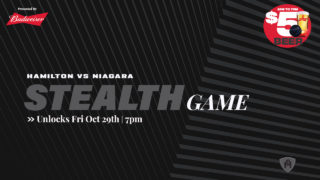 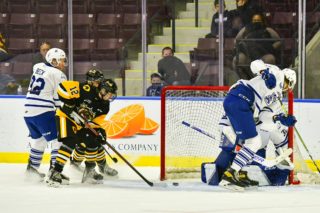 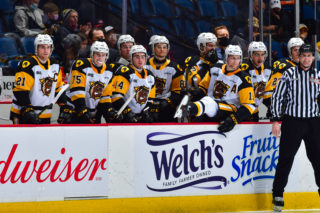 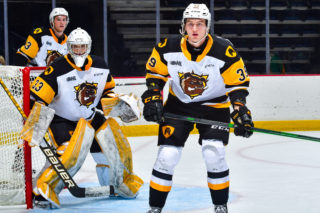 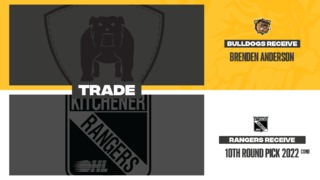