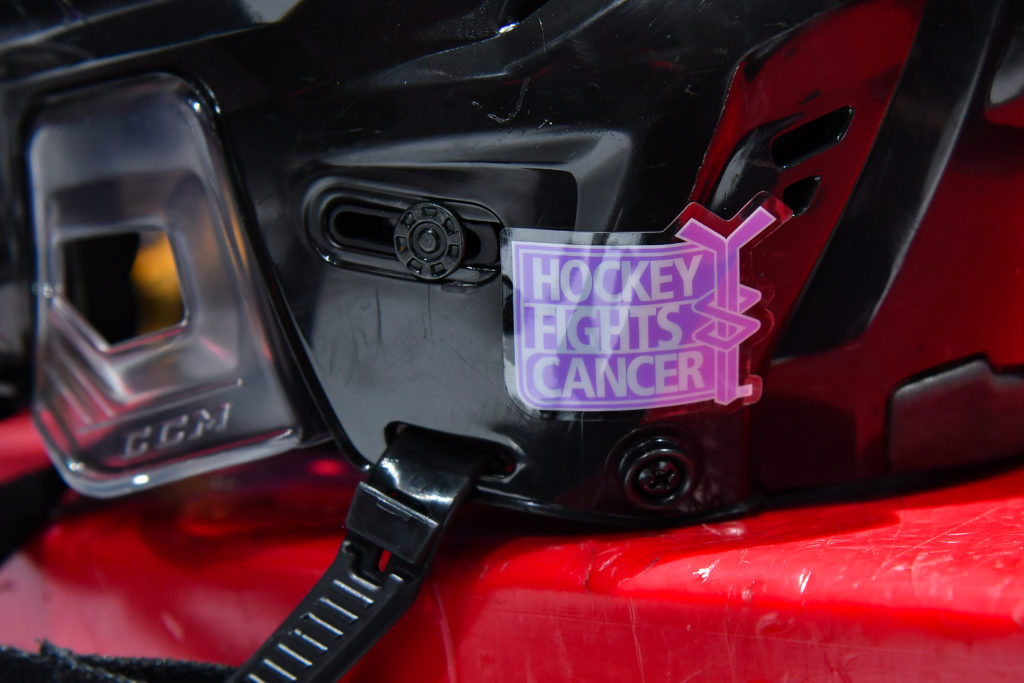 HAMILTON, ONTARIO. In the first game of the Hockey Fights Cancer weekend, Hamilton walked away with a 4-0 win against the North Bay Battalion, crediting a shut-out to goaltender Zachary Roy, his first of the 2019-20 season. Jan Jenik & Arthur Kaliyev each recorded three points to continue their run atop the OHL scoring charts in the victory.

The first period of the Hockey Fights Cancer game against the North bay Battalions consisted of only one goal from Hamilton’s Kade Landry at 10:19, his 3rd of the season scored during a powerplay due to a goal tender interference call to Josh Currie of North Bay at 8:48. The goal was assisted by Jan Jenik and Arthur Kaliyev, crediting both players with their 47th point of the season. The shots at the end of period one were knotted at 9-9 with Hamilton leading by 1 and Zachary Roy turning aside all he faced heading into the second.

The second period would continue to see Zachary Roy shine, as he would hold the Bulldogs in the lead through several defensive zone scrambles and giving them the chance to expand the advantage. The second goal of the night would come from Arthur Kaliyev making it his 26th goal of the season, assists were from Liam Van Loon and Jenik with a beautifully set up play that lead to a tic-tac-toe goal. Frustration would boil over for North Bay leading to two five-minute major penalties to Navrin Mutter and Ryan Thompson for fighting at 15:18. Mutter and Thompson left the ice, carrying a little under a minute of penalty time into the third period. Shots at the end of the second period were 22-15 for North bay with Zachary Roy walling off the Battalion through 40 minutes.

The goals in the third period were credited to Logan Morrison and Kaliyev with his second of the game. Morrison’s goal was a group effort. Joe Vrbetic did his best to defend against several shots in a goal mouth scramble, but Morrison finished off the scramble scoring the goal with assists from Nathan Staios and Ryan Humphrey. Kaliyev’s second goal of the night was an empty netter at 18:53 to secure the win. The Hamilton Bulldogs kept the donut on the board for the rest of the frame, winning the game with a 4-0 score, while Zachary Roy took home a win, a shut-out and the first star of the game.

The Bulldogs return to action and will be wearing their lavender and black colours again tomorrow against the Guelph Storm with a 4pm puck drop, in support of the Juravinski Hospital and Cancer Centre.