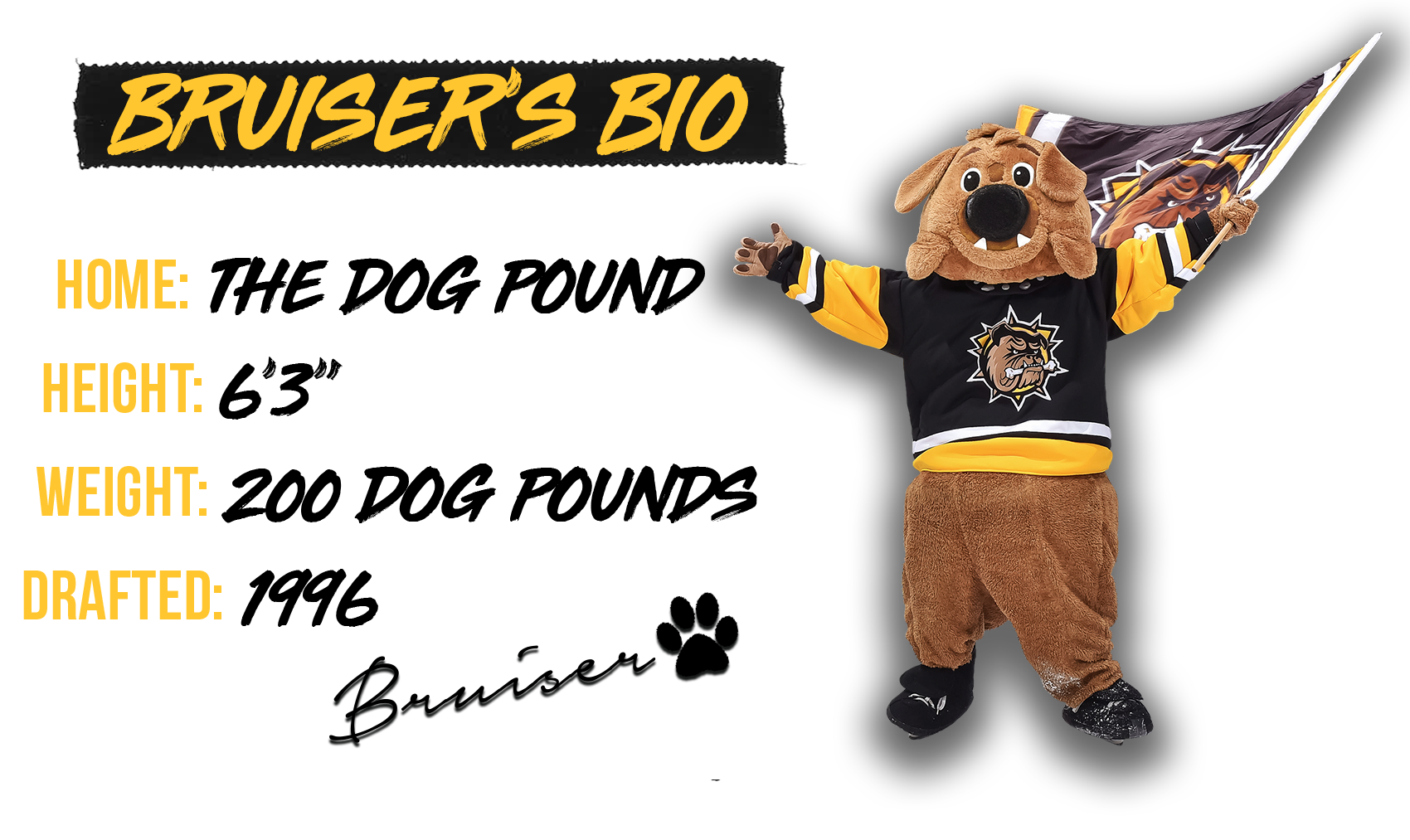 Throughout the season, Bruiser can be seen at all Bulldogs home games, climbing on the glass, dancing in the aisles and helping the fans to cheer on their favourite team.

But what most people don’t know is that Bruiser is very active in the local community. Bruiser really enjoys supporting events such as walk-a-thons, minor hockey events, school fundraisers and other charity events.

On average, Bruiser attends over 300 community events and public appearances annually, thus helping him to keep his title as the league’s busiest mascot.
Whether Bruiser is at FirstOntario Centre cheering on the Dogs or out and about in the community, he’s never too busy to say hello to one of his fans. So, next time you see Bruiser, make sure you stop and get a big high-five from your favourite Bulldog.

The Hamilton Bulldogs Hockey Club attended over 400 events last year, lending support and adding excitement to a variety of fundraisers, grand openings, fairs and schools and we want to top that during our 2015-16 season!
Click here to download the Community Request Form, then fax it to (905) 777-2360 or e-mail it to Peggy Chapman (peggy.chapman@hamiltonbulldogs.com).
Players love to make as many appearance as they can, but their availability is limited based on their games, travel and practice commitments. The Hamilton Bulldogs are committed to working with you in any way we can.