Bulldogs’ 14th Pick Only the Beginning of a Journey

On June 4th, when the Hamilton Bulldogs announce the who will join the team with the 14th overall pick (as well as the 43rd & 53rd picks) of the OHL Priority Selection Draft, it is just the beginning of a journey for a young man that the Bulldogs are excited to start.

The last time the Hamilton Bulldogs took the ice in the 2019-20 season, 18 players with the squad were acquired through the draft process showing the premium the Bulldogs organization has placed on internal development. The emphasis on development has paid off both at the OHL level as well as the NHL level where 4 Hamilton Bulldogs alumni have made their debuts this season and scored their 1st goals, 3 of whom (MacKenzie Entwistle, Marian Studenic & Arthur Kaliyev) were drafted and developed by the Bulldogs, while Jan Jenik was acquired before he played a game in the OHL and really found his game with the team.

The 2021 OHL Priority Selection draft will see a different set of challenges however, as scouts and management teams haven’t had the usual opportunities for live viewings of players and have based the vast majority of their scouting from video viewings, but even with that extra challenge, Hamilton Bulldogs Assistant General Manager Ian Meagher is confident in his team stating;

“As a staff we’ve put in the work to give ourselves the best chance of success at pick 14…Ultimately that’s just the beginning of the journey for this young man that we’re going to be bringing into our organization.”

Bulldogs’ fans have seen the development of several first-round picks who have stepped right in and become fan favourites right from the team’s inaugural selection in 2015, Matthew Strome who would go on to be selected by the Philadelphia Flyers in the 2017 NHL Entry Draft.

More recently 2018 1st round selection Logan Morrison & 2019 1st Ryan Winterton have already shown why the Bulldogs valued them so highly with Morrison becoming a staple in the Bulldogs offense while Winterton went from impressive rookie to Gold Medalist with Team Canada at the U18 World Hockey Championships.

Bulldogs’ fans are yet to see 2020 1st round selection Jorian Donovan but should be excited to see him in the 2021-22 season teamed up with the 2021 14th overall pick. 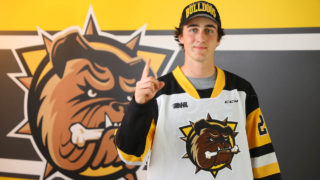 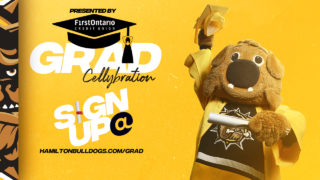 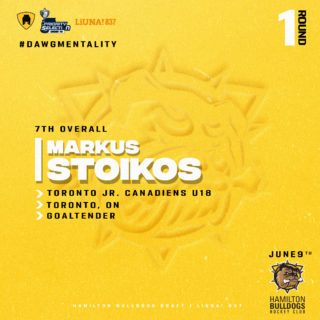 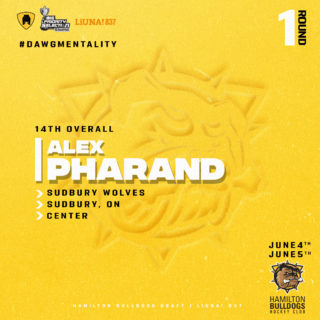 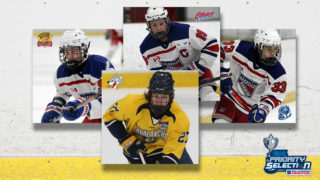 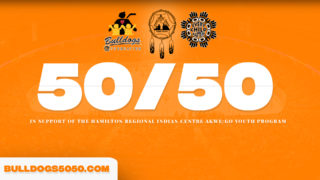